Our Vision and Mission
We transform the ordinary into the extraordinary by leading, innovating, learning, and collaborating.We are committed to creating opportunities for people to get more out of life.

Welcome to the Frankfort Community Public Library. We look forward to serving you. Whether you are searching for entertainment, enrichment, or education, the library can help you out. It was really created, shaped, and given its purpose and mission by you, our customers. So enjoy your visit at our locations in Frankfort, Rossville, Mulberry, Michigantown, or here on the computer. Begin your library story today.
—Gregg Williamson, Library Director— gwilliamson@myfcpl.org 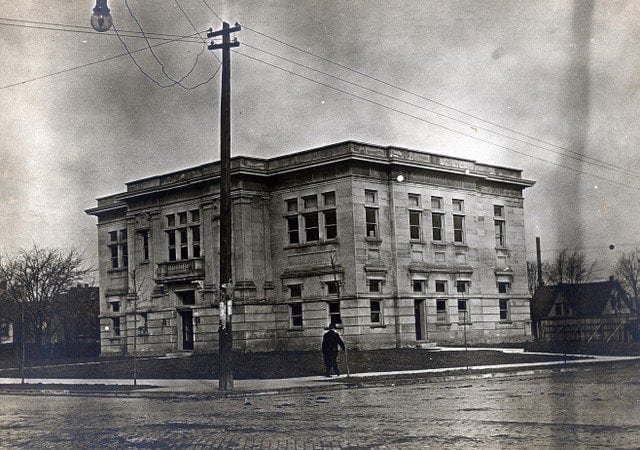 The Frankfort Library started out as a subscription library in 1879, with a collection of books housed in the back room of Doyal & Gard law office in the courthouse. Over the next four years, the library moved to various law offices with no permanent home. The library was donated to the City of Frankfort on July 7, 1884, but continued to move until space was found at the high school, under the direction of Superintendent Edwin S. Monroe.

In 1905, Mr. Monroe Superintendent Monroe wrote a letter to Andrew Carnegie, the steel magnate who was known for his advocacy of libraries. True to his reputation, he responded to Monroe with a donation of $24,000 towards the building of a new library. Along with the support of Frankfort tax money, the library finally got its permanent home in 1906 at the corner of Clinton and Columbia Street. 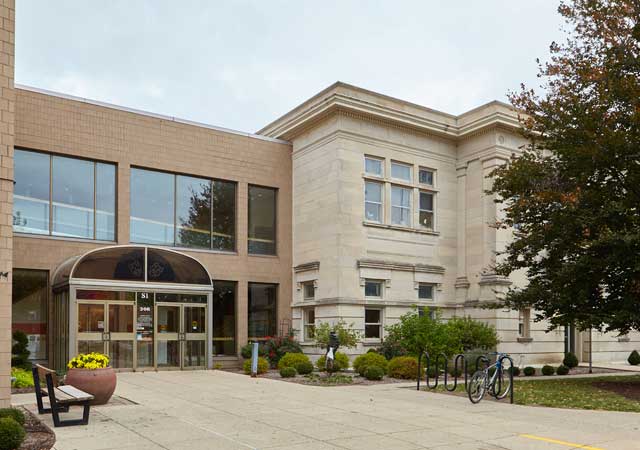 In 1988, ground broke for what is now known as the Mary Gorham Herrick Wing at the Frankfort Public Library. It more than tripled the square footage of the library, adding a theatre as well as an art gallery. The wing was built primarily with community donations. Tax money was used for operation costs, and with the addition of the 11 townships making up the Clinton County Contractual Library, the tax monies from the newly-expanded areas of service was enough to cover the costs. Over the next 15 years, new branch buildings were built at Rossville (1993), Mulberry (2001), and Michigan Road (2008).
Read more branch history>>

The Frankfort Community Public Library and the Clinton County Contractual Public Library serve 12 of the 14 townships in Clinton County. With four locations (Frankfort, Rossville, Mulberry, and Michigan Road) as well as a number of outreach services, the library strives to meet the education, entertainment, and information needs of our more than 30,000 patrons.