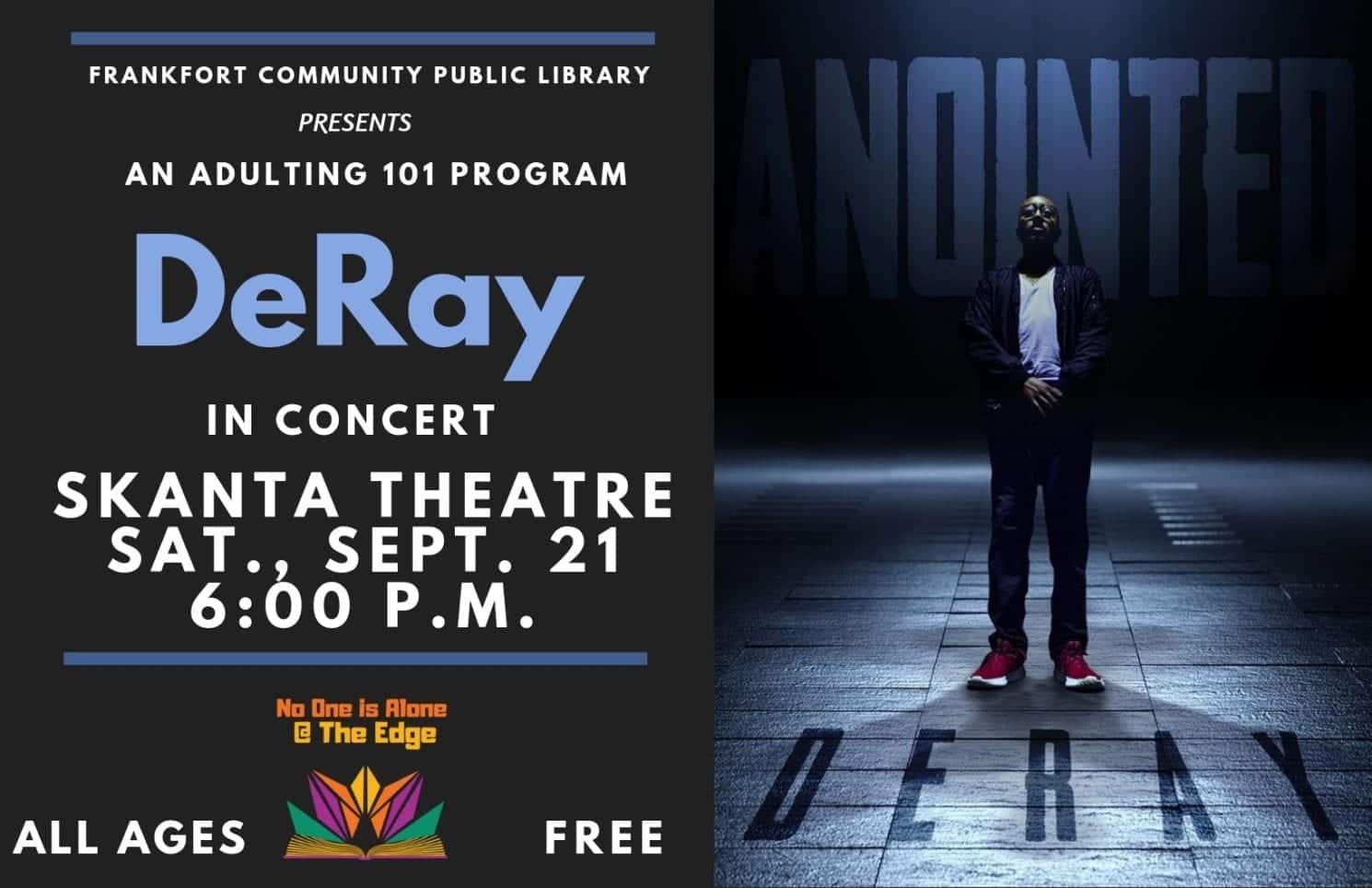 What is the role of education in following your dreams?

Join us for first edition of our Adulting 101 series in the 2019/2020 school year, as hip-hop artist DeRay, performs music from his recently released album Anointed! DeRay will share the importance of a degree in his life and music.

DeRay’s music is innovative and interesting! Here is a little preview!

DeRay Boyd, of Kokomo Indiana, is an independent artist and is excited about the completion of his first album. Additionally, he is graduate of Indiana University Kokomo. DeRay explains that IUK allowed him to earn an IU degree and make “unforgettable connections and friends that will be in my life forever”. Currently, he is employed by the Indiana Behavioral Academy working with autistic children. Of music, Deray says he “fell in love with the sound of different genres, the impact it can have on people around you, (and that) it became a way to vent.” His album is the result of his own writing, honing his craft, and collaboration with other artists. Korey West, 23-10, Jarrett Michael, Halle Fletcher, Nick Jefferies, and Meredith Steward are all featured on the album and some may make an appearance at the concert on August 24th.  To learn more about DeRay visit his Facebook Music Page at DeRay Music and find his album, Anointed, on all platforms including iTunes and Spotify.