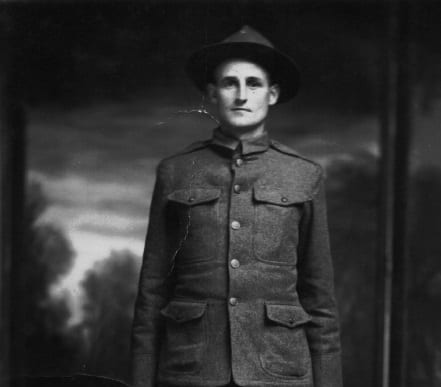 Imagine a scene, a century ago. Your brothers-in-arms, huddled in a muddy trench, surround you. The thunder of the shells impacting around you, that no longer make you flinch. You have heard them enough times to know which ones will miss. A shrill whistle cuts through the cold, wet air signaling your departure from this muddy hole, over the top into no man’s land, charging into the hail of machine gun fire and mortar shells, obstructed by barbwire. This hell on earth was the reality of our ancestors who served in the First World War. They faced the brutality of burgeoning modern warfare, including the advent of chemical warfare, tanks, aircraft, and practical machine guns.

For those that survived, their tribulations had just begun. During and after the war, they were met with the deadliest plague of modern times in the Spanish Influenza. This pestilence was even deadlier than the war, killing somewhere between 50-100 million people across the globe. At the time, this was roughly 3-5% of the world’s population. The returning men found even greater hardship in lost jobs, discrimination, and overall poor treatment. Even later, as some seemed to be finally on the threshold of stability for their families, this seemingly cursed generation, endured the worst economic disaster as well in the Great Depression. Then finally, to see their own children off to war again in the Second World War. Through it all, the Lost Generation persevered with a tenacity that is emblematic of true human determination.

Let us remember, this brave forgotten generation. The veterans who started as scared young men in the trenches of the Western front. Those who would never return home, from either injury or illness. Others, like my own Great-Great Uncle whose body came home, but his mind and spirit never truly left the forests of the Argonne. Finally, the lucky few who escaped the horror with their whole being relatively intact, unable to grasp the further trials that would await them in the years to come. May we remember them as we pass the 100th anniversary of the signing of the Armistice of Compiègne. Let us remember the full brunt of their sacrifice and hardships as we pass the hundredth year of the eleventh hour of the eleventh day of the eleventh month.

If you would like to know more about his World War I and the Spanish Influenza, please check out these books:

Sergeant Stubby : How a Stray Dog and his Best Friend Helped Win World War I and Stole the Heart of a Nation by Ann Bausum

The Last of the Doughboys : the Forgotten Generation and their Forgotten World War by Richard Rubin.

The World Remade : America in World War I by G.J. Meyer.

The Great Influenza : the Epic Story of the 1918 Pandemic by John M. Barry.

Pale Rider: the Spanish Flu of 1918 and How it Changed the World by Laura Spinney