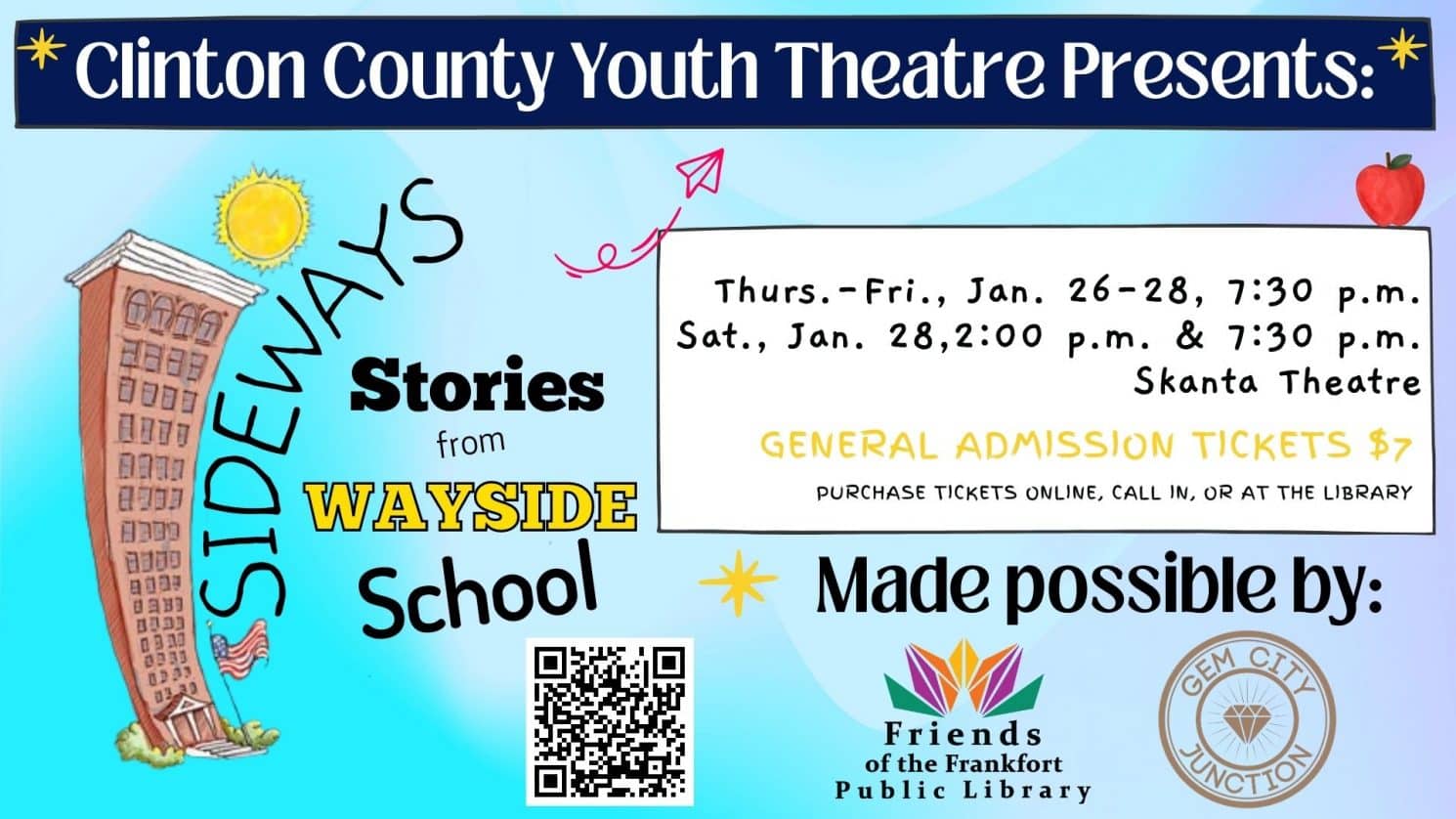 Wayside School is thirty stories high with one classroom per floor. It was meant to be one story with 30 classrooms, but at least “the builder said he was sorry.”  Mrs. Gorf is turning kids into apples, pigtails are speaking, and there is a cow loose in the building. Join Mrs. Jewls class for their wild adventures as our cast brings Wayside to life!

Adapted for stage by John Olive, Sideways Stories from Wayside School, is based on the popular book series by Louis Sachar. The show includes a large cast of quirky characters, many named for the students Sachar worked with at the real-life school Hillside Elementary in Berkley California. The original novel spawned not only the stage play, but also the movie and television series, Wayside.

Kennedy Houser, who was a part of CCYT as a student, leads the show. Regarding returning the Skanta Theater Houser says, “I am so excited to move on from performing to directing. I am loving being able to teach children how to become better actors throughout the show and watch their passion for theatre grow like mine did. Lastly, I enjoy being able to give back to the community that helped me grow in theater”. Houser worked with Julie (Doan) Baumann for CCYT’s Summer Musical, Annie Jr.  This will be her first time leading the show.

This year, Gem City Junction (Executive Producer) joins the Friends of the Frankfort Community Public Library in making the show possible. Productions like Sideways Stories from Wayside School are beneficial for everyone in our community and expensive to conduct. Sponsorships from local businesses are what make the program possible.  Since our last production included five sold-out performances, sponsors with CCYT benefit from a huge audience.

Sideways Stories from Wayside School runs in Skanta Theatre on Thurs.-Sat., Jan 26-28, at 7:30 p.m. with a matinee at 2:30 p.m. on Saturday. Tickets, which are $7.00 and general seating, maybe purchased by clicking here, by calling the library at (765)654-8746, or at the Library’s Circulation Desk. To learn more about our show or sponsorship opportunities, contact Rachel Milburn at rmilburn@myfcpl.org.