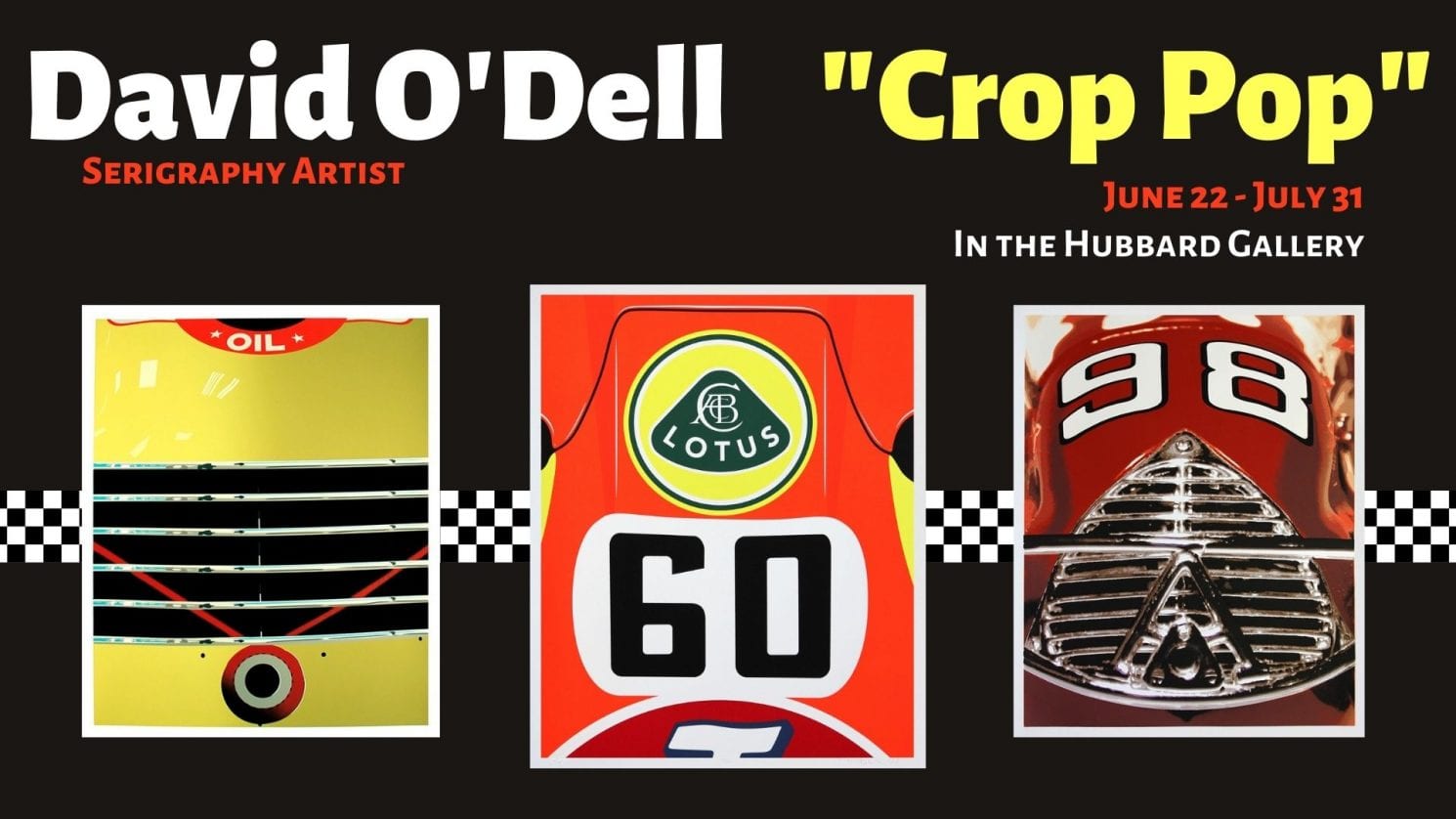 Artwork by David O’Dell is featured in the Hubbard Gallery from now until July 31. It’s a fun exhibit full of striking colors and detailed design. If you’re a racing fan or love the Beatles, or just enjoy pops of color, this exhibit is for you. It’s free and open to the public!

When describing his Indy 500 silkscreen series, O’Dell says, “I do a photoshoot of the car and crop the image in such a way that only true fans of the race will recognize the car. I interpret the image to determine how best to transcribe it in silkscreen. I call my style ‘Crop Pop.’”

In addition to the Indy 500 series, David will be showcasing silkscreens featuring the legendary Beatles and some of O’Dell’s lenticular artwork son the second level Frankfort Community Public Library in the Anna & Haran Hubbard Gallery.

Lenticular artwork is interactive and allows the viewer to see different scenes depending on the angle from which the artwork is viewed. From O’Dell’s website, www.DavidODellFineArt.com, “My goal is to create art that makes you stop and look at things from a new and different perspective that is fun and entertaining.”