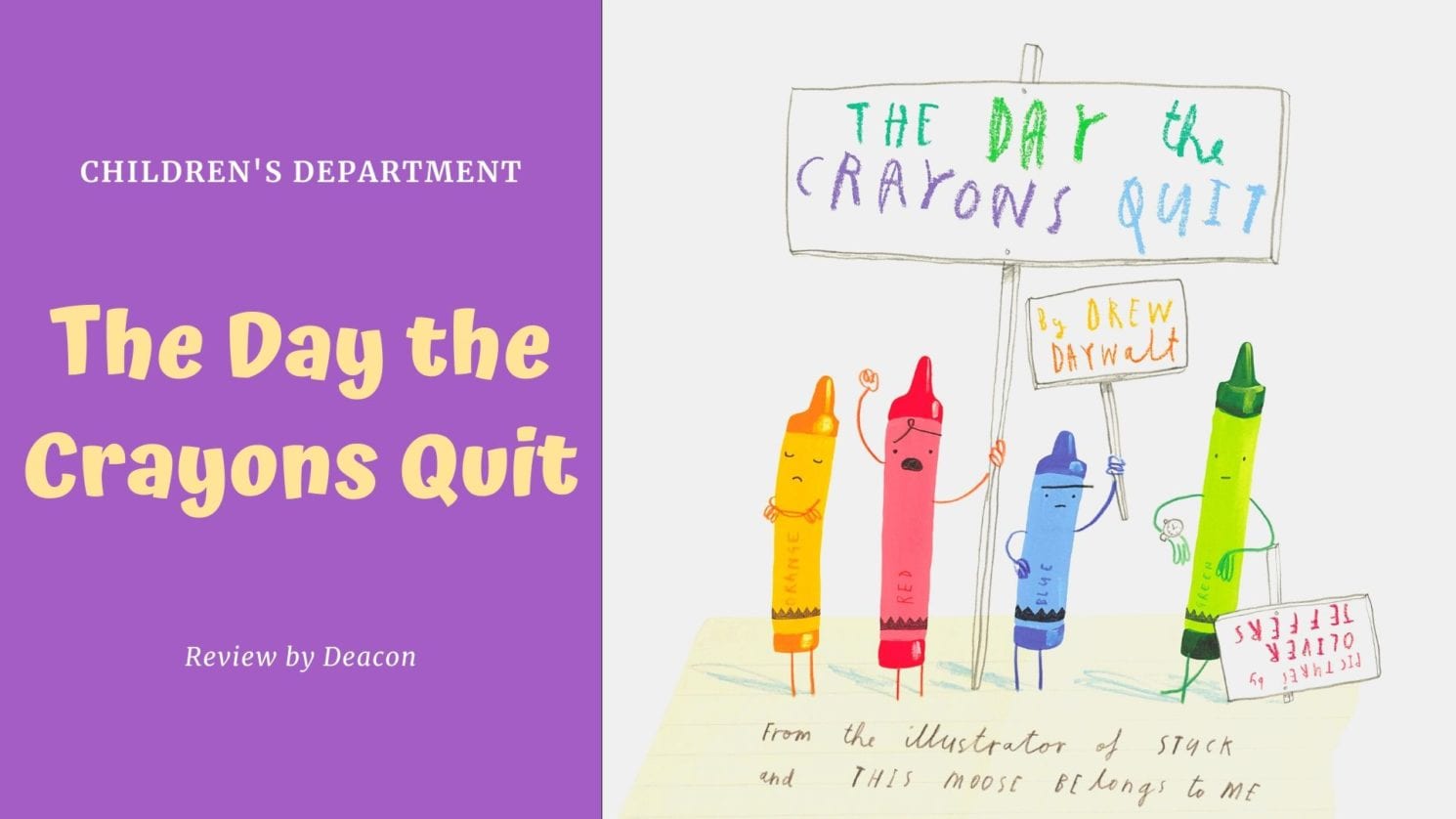 In The Day the Crayons Quit, Duncan finds letters from his crayons. Each one has a complaint to be made, from not being used enough, or to who is the color of the sun. Each of the crayons has something witty to say, and it was quite amusing.

One of the more amusing complaints came from beige. He said that he was tired of being called “dark tan” and he would rather be called beige, which he is very proud of being.

Blue crayon is happy that he’s Duncan’s favorite crayon, but he’s also upset that he gets used the most, leaving him the shortest crayon in the box.

At the end of the book Duncan colors a picture, and he finds a way to make all of his friends happy.

I loved this book, and I thought that it was hilarious. Kudos to the author, for thinking outside the (crayon) box!