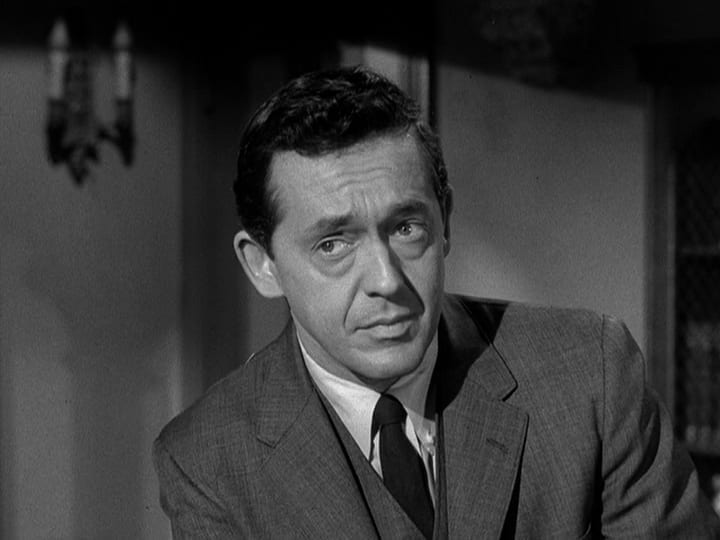 Actor Charles Aidman was recently inducted into the Frankfort Hall Of Fame.  Charles appeared in 15 feature films and over 150 television shows in his forty year career.  While Charles Aidman may not be a familiar name, chances are if you watched television between 1962 and 1986, you might recognize his face.

On a famous episode of The Dick Van Dyke Show, he played a hypnotist who accidentally hypnotizes Rob at a party.  On The Andy Griffith Show, Charles played Frank Smith, a man whose friendship with Helen Crump brought out Andy’s rarely seen jealous side.

Charles substituted for ailing co-star Ross Martin on four episodes of The Wild, Wild West.  On an episode of All In The Family, Charles played the father-in-law of Lionel Jefferson, much to the dismay of both Archie Bunker and George Jefferson.

On a memorable episode of M*A*S*H, Charles played Colonel Bloodworth, an Army actuary who angered Hawkeye with his cold-blooded casualty predictions.  When The Twilight Zone returned to television in 1985, Charles took over the Narrator role from the late Rod Serling.

Frankfort’s Charles Aidman was a 1942 graduate of Frankfort High School.  He died in Beverly Hills, California in 1993 at the age of 68