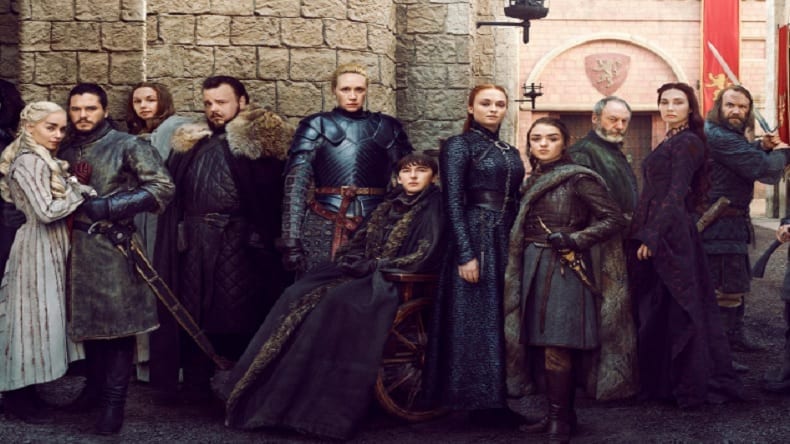 After eight seasons, HBO’s Game of Thrones is coming to an end this Sunday. This might leave many fans missing their weekly dose of epic fantasy. While the tv show is based on George R. R. Martin’s A Song of Ice and Fire, only five of the projected seven books have been published. Sadly, the next book, Winds of Winter, doesn’t have a release date at this time.

So what should Thrones fans do with their time? Read some more books from the epic fantasy genre!

The Wheel of Time

While J.R.R. Tolkien is credited for fathering the fantasy genre, Robert Jordan set the standard for the current era of writing. His massive series, which was first published in 1990, created many of the standard fantasy storylines we know today. The heroes start as farm boys, and many meetings are had in taverns. Sadly, after publishing 11 of the series 14 books, Jordan died of a terminal heart disease. Longtime fan and fellow fantasy author Brandon Sanderson was asked to finish the series using the notes Jordan had left behind.

A Crown of Swords (JOR)

The Path of Daggers (SF JOR)

The Broken Earth series takes place on a supercontinent called the Stillness, which is a land beset by natural disasters. Those who survive are separated into social classes based on their usefulness. Those who can manipulate geological energies and magic are called orogenes, and are persecuted and feared by the rest of society.

Misborn is two series of books based in the world of Scadrial. The setting for the first trilogy isn’t too different from Westeros – there are swords and magic. The eccentric cast must overthrow a corrupt God-Emperor and his oppressive government. As is standard for the genre, things end up being more complicated than they seem. The second series, usually referred to as the Wax and Wayne series, has a more industrialized setting, but the characters are just as compelling.

Mistborn: The Well of Ascension (Overdrive)

Shadows of Self (SF SAN)