The Friends of the Frankfort Public Library invites you to “In the Trenches of World War I” during the month of May. We have been working with several entities to bring you compelling stories of WWI and the Tomb of the Unknown Soldier located in Arlington National Cemetery. These month- long programs are in conjunction with the Friends Annual Meeting that will be held on May 14 at 6 p.m. in the Elizabeth O’Rear Skanta Theatre. Social distancing and masks are required.

Please join us on Thursday, May 6 at 3 p.m. (EST) for a virtual presentation by military historian and best-selling author, Patrick O’Donnell. He will discuss one of his latest books, The Unknowns, The Untold Story of America’s Unknown Soldier and WWI’s Most Decorated Heroes Who Brought Him Home. O’Donnell illuminates the saga behind the creation of the monument and animates the tomb by giving voice to those who served in WWI.

When the first Unknown Soldier was laid to rest in Arlington, General John Pershing, Commander of the American Expeditionary Force in WWI, selected eight of America’s most decorated, battle- hardened veterans to serve as Body Bearers. He chose them for their bravery and to tell the larger story of America’s role in World War I. – The Unknowns

A Zoom link to this virtual program will be provided within three days of the presentation on the library’s website: myfcpl.org and Facebook.com/myfcpl. Please email your questions for the author to Mindy at memswiller@myfcpl.org by May 1. Also, by registering for this program, you will receive an email with a link to easily access Zoom. Please let us know if you have any technical questions. O’Donnell’s presentation will be available on the library’s website from May 6 through May 31. 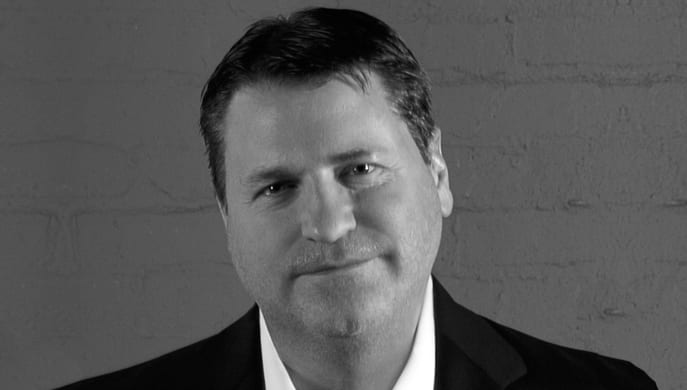 May 7 – June 2 The Great War: From Ration Lines to the Front Lines Exhibit

The Indiana Historical Society’s (IHS) traveling exhibit, courtesy of Kroger, explores the roots of WWI, America’s entrance into the war, Indiana’s contributions to the war effort, the evolution of warfare, the role of Hoosier women both at home and abroad, the construction of the American Legion building and the Indiana War Memorial, and more. In addition to the IHS exhibit, we will have enlargements of historical photos and memorabilia courtesy of the Smithsonian Institute,

Indiana War Memorial, National Archives, VFW Post #1110, Clinton County Historical Museum, and a replica of a WWI Trench. This exhibit will be on display in the Anna and Harlan Hubbard Gallery.

A Call to Honor: The Tomb of the Unknown Soldier Replica. In honor of the 100th anniversary of the dedication of the Tomb of the Unknown Soldier, a half-scale replica of the Tomb will be on display outside in front of the Frankfort Library, May 14 from 11 a.m. to 7 p.m. (In case of rain, the replica will be moved inside to the Circulation Area.) The Tomb replica will be staffed at all times to answer your questions and is owned and managed by the Americanism Committee of the Exchange Club of Rome, Georgia. The Indiana Patriot Guard will be escorting the replica to the library the morning of May 14, from the downtown square to the library. This exhibit is sponsored by Frankfort VFW #1110.

As a professional storyteller of more than 32 years, Sharon Kirk Clifton has traveled throughout America’s heartland, presenting her one-woman historical performances. On May 14 at 6:15 p.m., Clifton will share the story of Indiana WWI nurse, Ruth Wright, as part of her program, Over There and Back Again, in the Library’s Skanta Theatre. She has received multiple writing and poetry awards, and is a recipient of a Lilly Teacher Creativity Fellowship.

Also on May 14, we will be joined by retired Sentinel/Military Guard, Sergeant Matt Kreeb, of Illinois. Sgt. Kreeb served in the Army as a Sentinel on the detail at the Tomb of the Unknown Soldier from 2001-2005. He served in nearly every position at the Tomb, most distinctively as Assistant Sergeant of the Guard. He will share his personal experiences and training for the guard, and include the creation of the Tomb after WWI, and illustrate the Sentinel mission. Sgt. Kreeb’s program will begin at 7 p.m. in the Skanta Theatre. 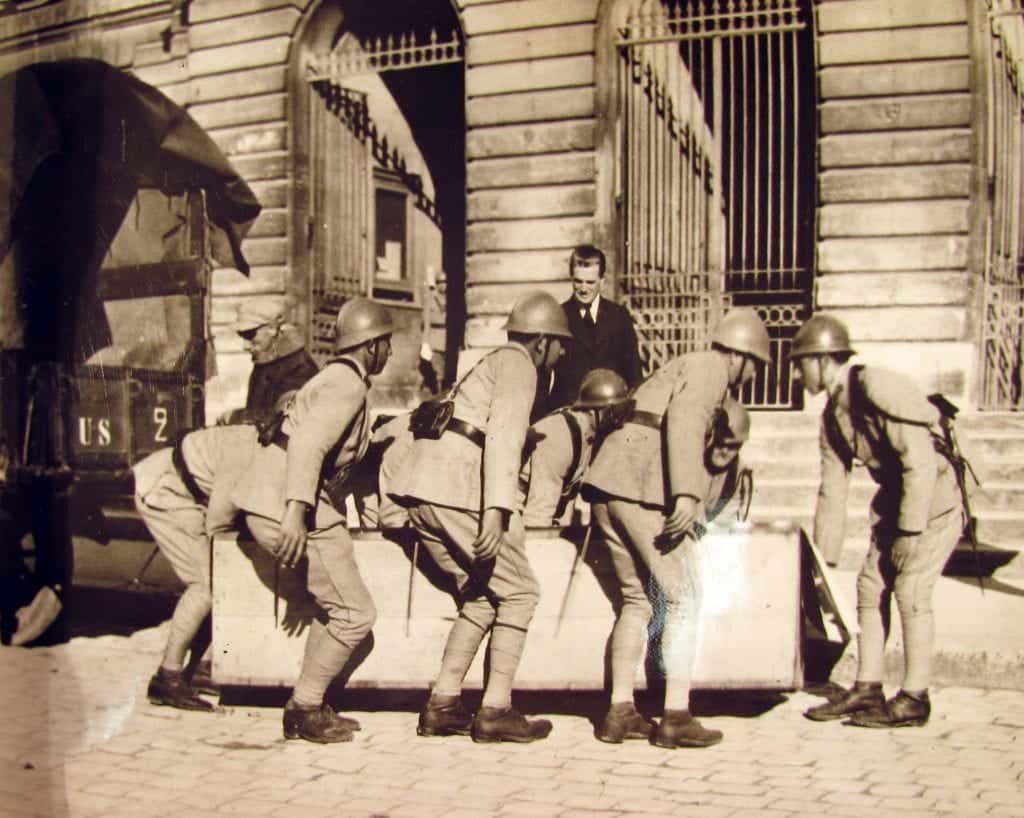 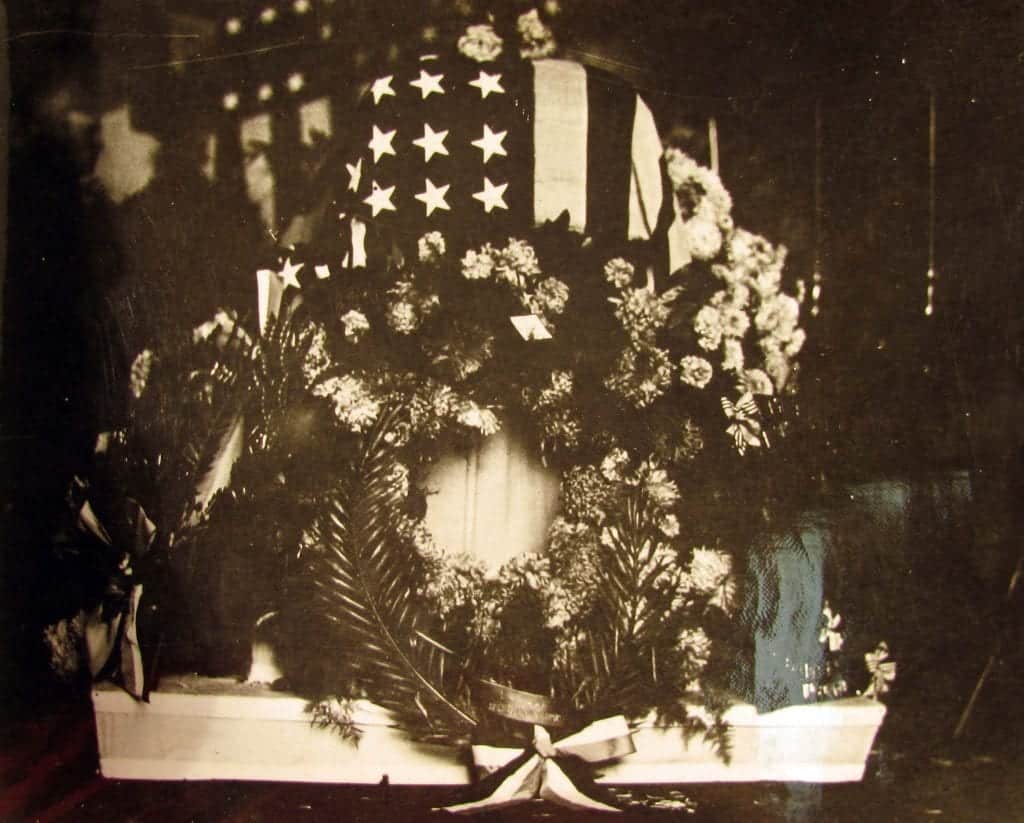 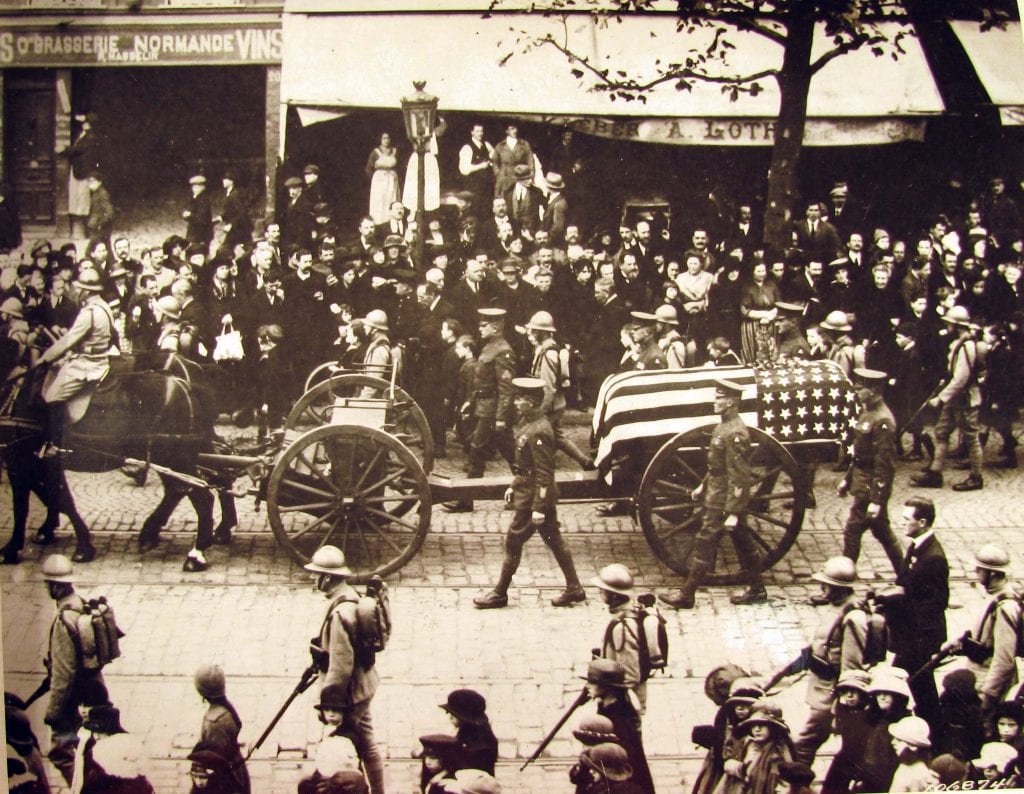 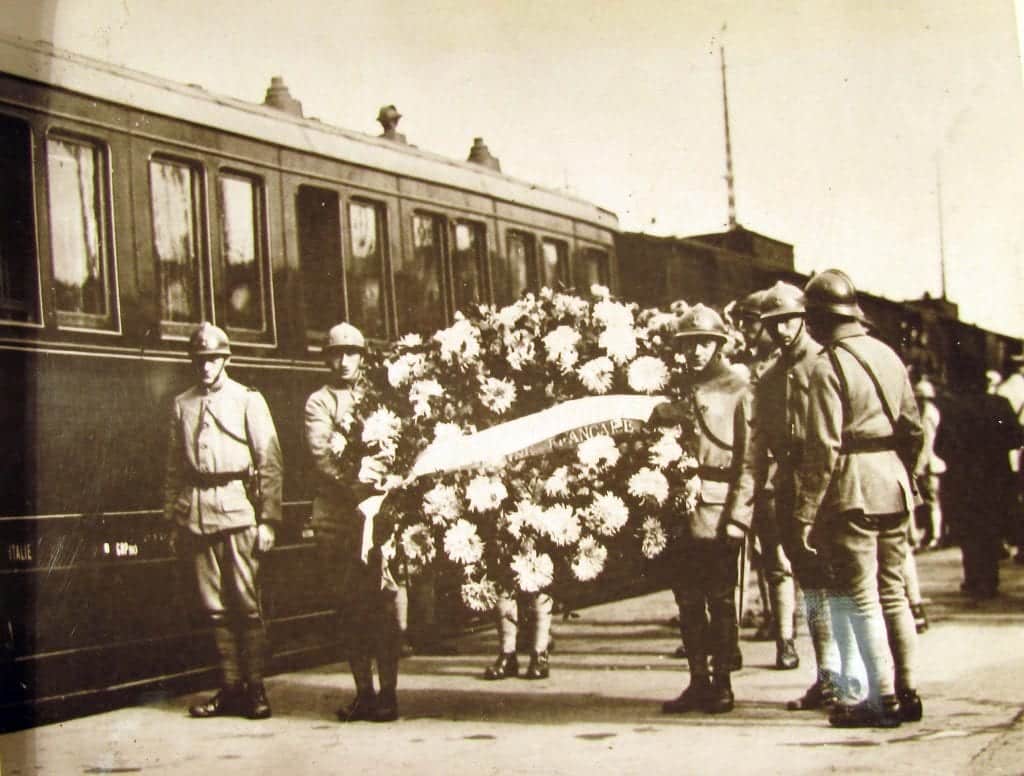 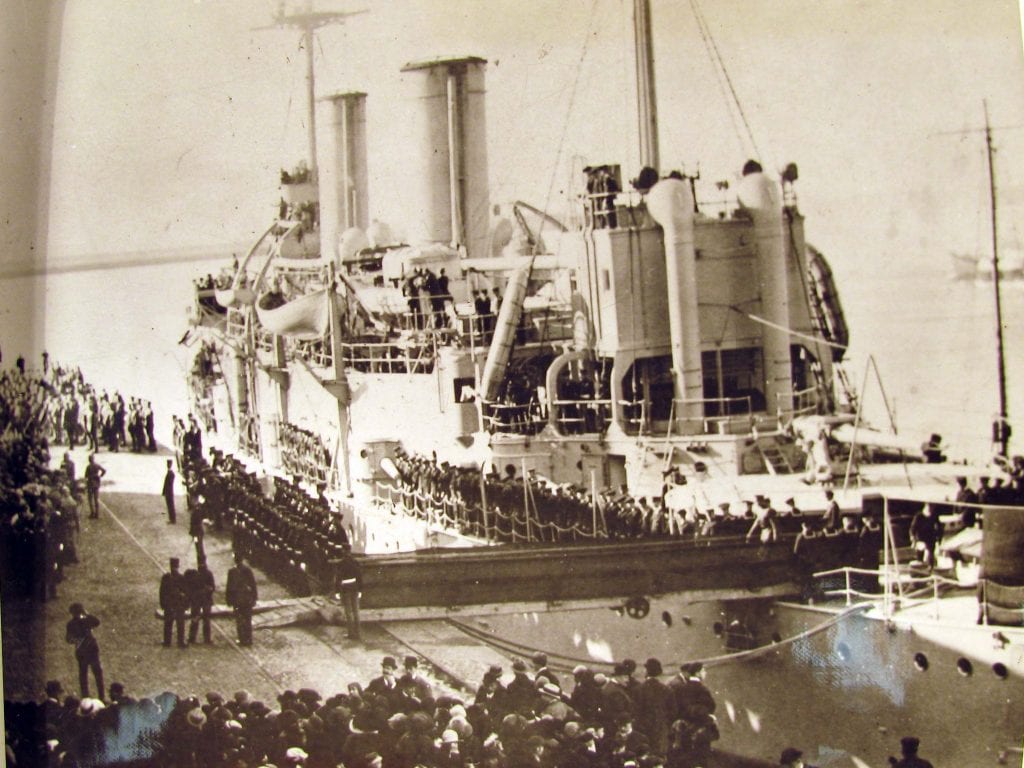 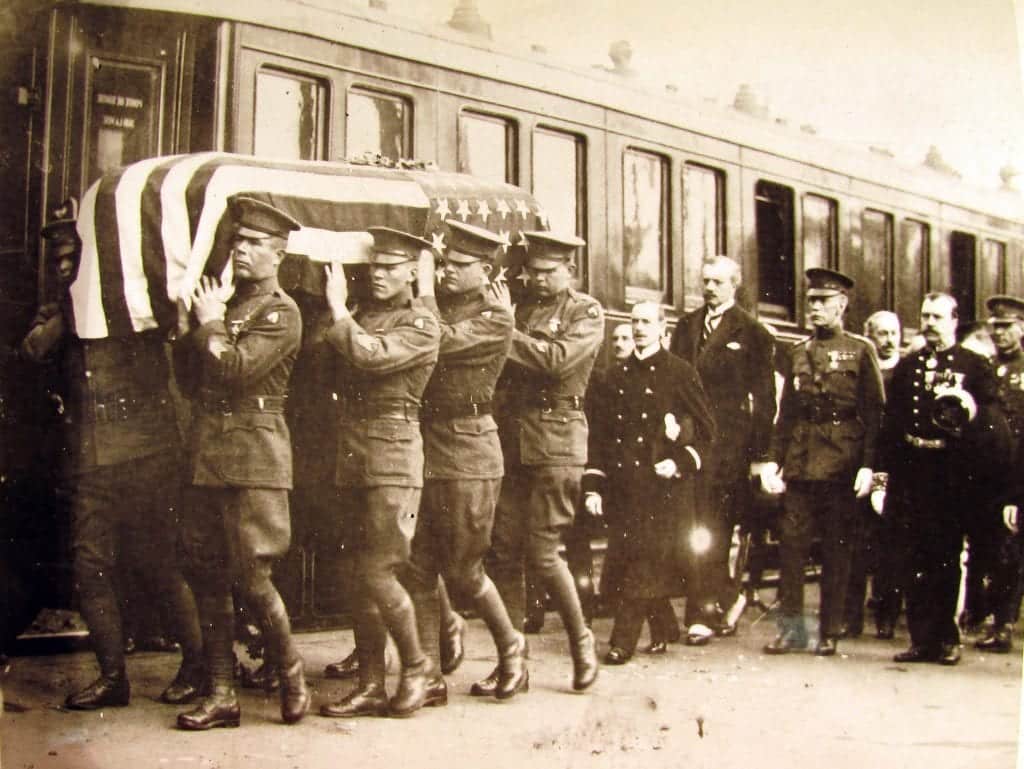 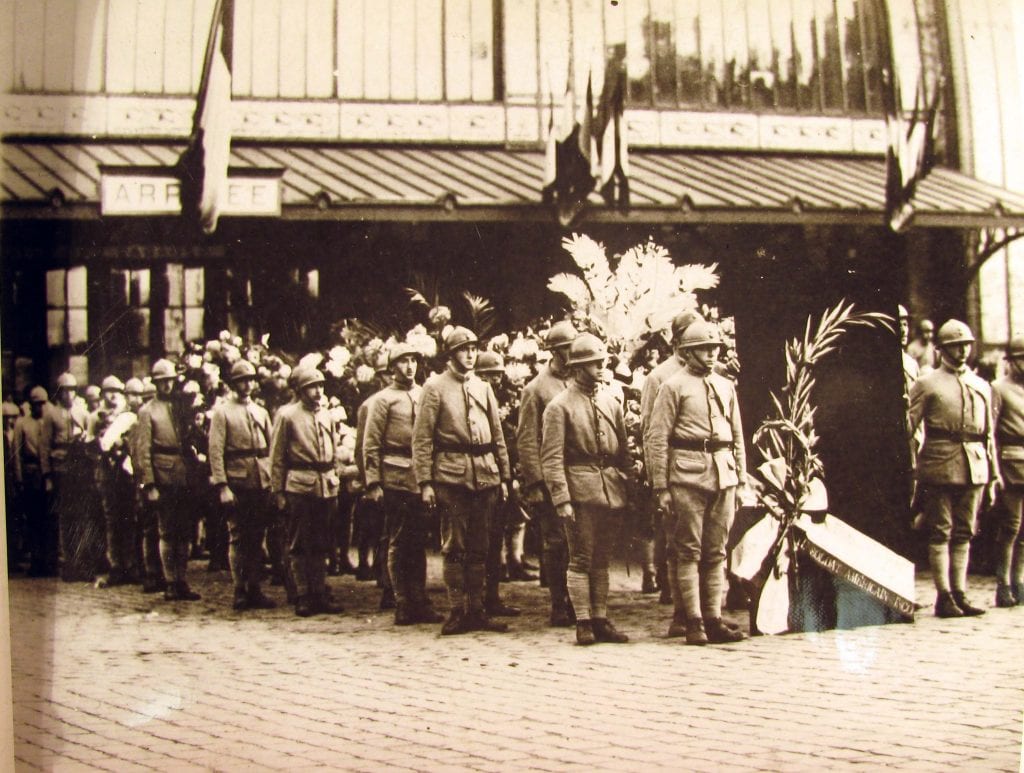 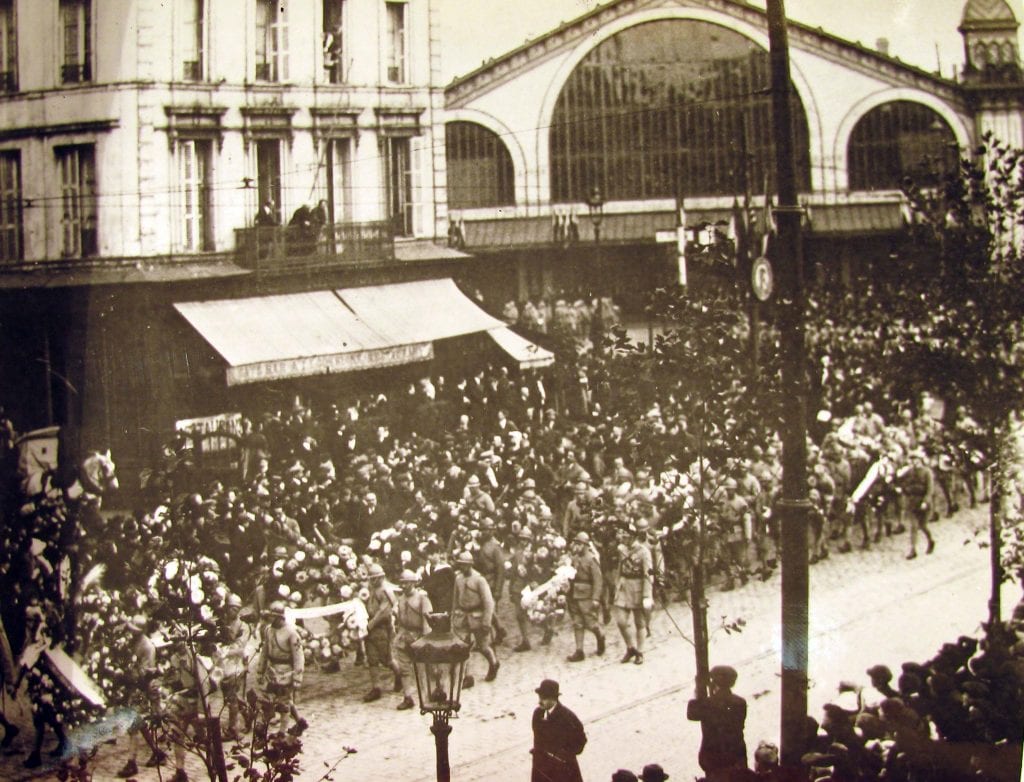 These projects have been made possible through a grant from Indiana Humanities in cooperation with the National Endowment for the Humanities.