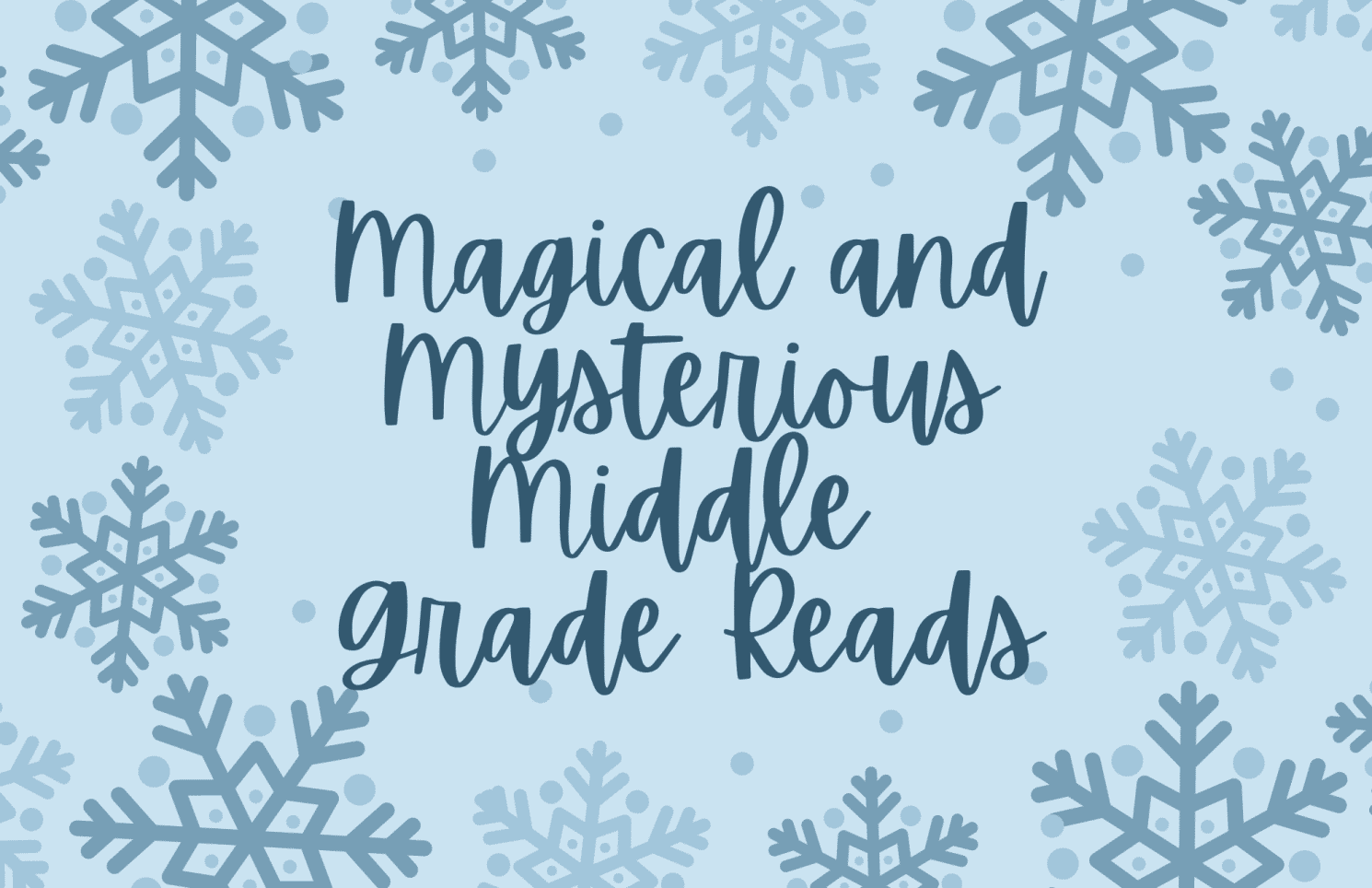 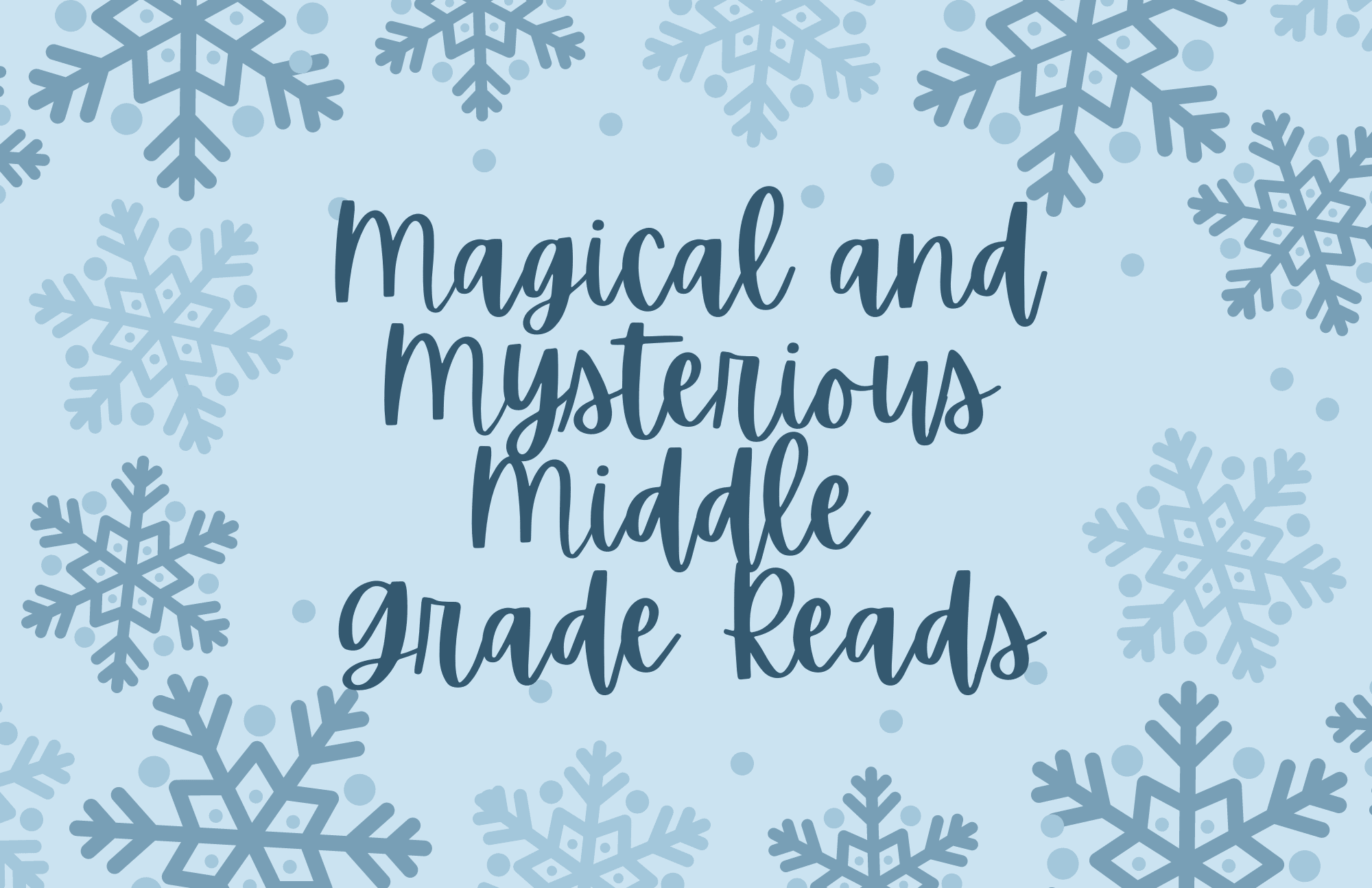 One of my favorite wintertime activities is curling up in my reading chair with a cozy book and a hot chocolate. We’ll be spending less and less time outside as winter rages on, so here are some magical and mysterious middle grade reads that would be perfect for a snowy afternoon! Summaries for The Girl Who Drank the Moon and Nevermoor: The Trails of Morrigan Crow are taken from our online catalog. The summary for Greenglass House was taken from Goodreads.com. 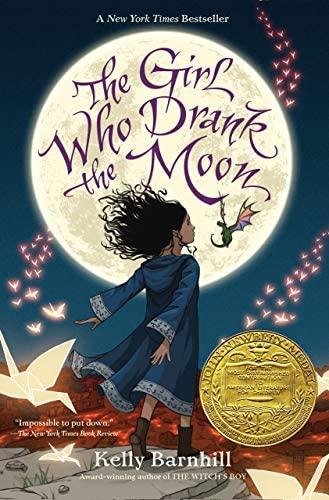 The Girl Who Drank the Moon by Kelly Barnhill

Every year, the people of the Protectorate leave a baby as an offering to the witch who lives in the forest. They hope this sacrifice will keep her from terrorizing their town. But the witch in the forest, Xan, is kind and gentle. She shares her home with a wise Swamp Monster named Glerk and a perfectly tiny dragon, Fyrian. Xan rescues the abandoned children and delivers them to welcoming families on the other side of the forest, nourishing the babies with starlight on the journey. One year, Xan accidently feeds a baby moonlight instead of starlight, filling the ordinary child with extraordinary magic. Xan decides she must raise this enmagicked girl, whom she calls Luna, as her own. When Luna approaches her thirteenth birthday, her magic begins to emerge on schedule – but Xan is far away. Meanwhile, a young man from the Protectorate is determined to free his people by killing the witch. Soon, it is up to Luna to protect those who have protected her – even if it means the end of the loving, safe world she’s always known.

In 2017, The Girl Who Drank the Moon won the Newbery Medal, which is one of the highest honors for authors of children’s books. This book is perfect for fans of Ravenous by MarcyKate Connolly, Lalani of the Distant Sea by Kelly Erin Entrada, and City of Islands by Kali Wallace. 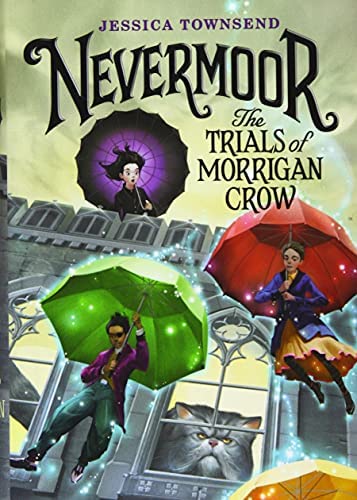 Nevermoor: The Trials of Morrigan Crow

A breathtaking, enchanting new series by debut author Jessica Townsend, about a cursed girl who escapes death and finds herself in a magical world—but is then tested beyond her wildest imagination. Morrigan Crow is cursed. Having been born on Eventide, the unluckiest day for any child to be born, she’s blamed for all local misfourtunes, from hailstorms to heart attacks—and, worst of all, the curse means that Morrigan is doomed to die at midnight on her eleventh birthday. Bus as Morrigan awaits her fate, a strange and remarkable man named Jupiter North appears. Chased by black-smoke hounds and shadowy hunters on horseback, he whisks her away into the safety of a secret, magical city called Nevermoor. It’s then that Morrigan discovers Jupiter has chosen her to contend for a place in the city’s most prestigious organization: the Wundrous Society. In order to join, she must compete in four difficult and dangerous traials against hundreds of other children, each boasting an extraordinary talent that Morrigan insists she does not have. To stay in the safety of Nevermoor for good, Morrigan will need to find a way to pass the tests—of she’ll have to leave the city to confront her deadly fate.

This book is great for fans of Amari and the Night Brothers  by B.B. Alston, A Tale of Magic… by Chris Colfer, and Miss Ellicott’s School for the Magically Minded by Sage Blackwood. 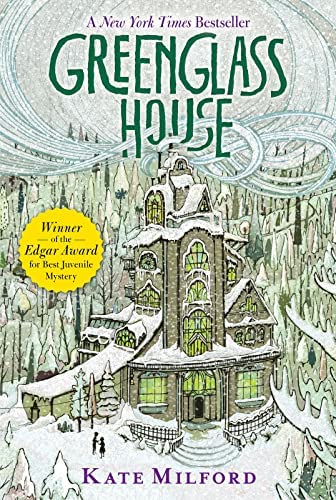 It’s wintertime at Greenglass House. The creaky smuggler’s inn is always quiet during this season, and twelve-year-old Milo, the innkeeper’s adopted son, plans to spend his holidays relaxing. But on the first icy night of vacation, out of nowhere, the guest bell rings. Then rings again. And again. Soon Milo’s home is bursting with odd, secretive guests, each one bearing a strange story that is somehow connected to the rambling old house. As objects go missing and tempers flare, Milo and Meddy, the cook’s daughter, must decipher clues and untangle the web of deepening mysteries to discover the truth about Greenglass House-and themselves.

This book is great for fans of Winterhouse by Ben Guterson, Escape from Mr. Lemoncello’s Library by Chris Grabenstein, and The Mysterious Benedict Society by Trenton Lee Stewart.