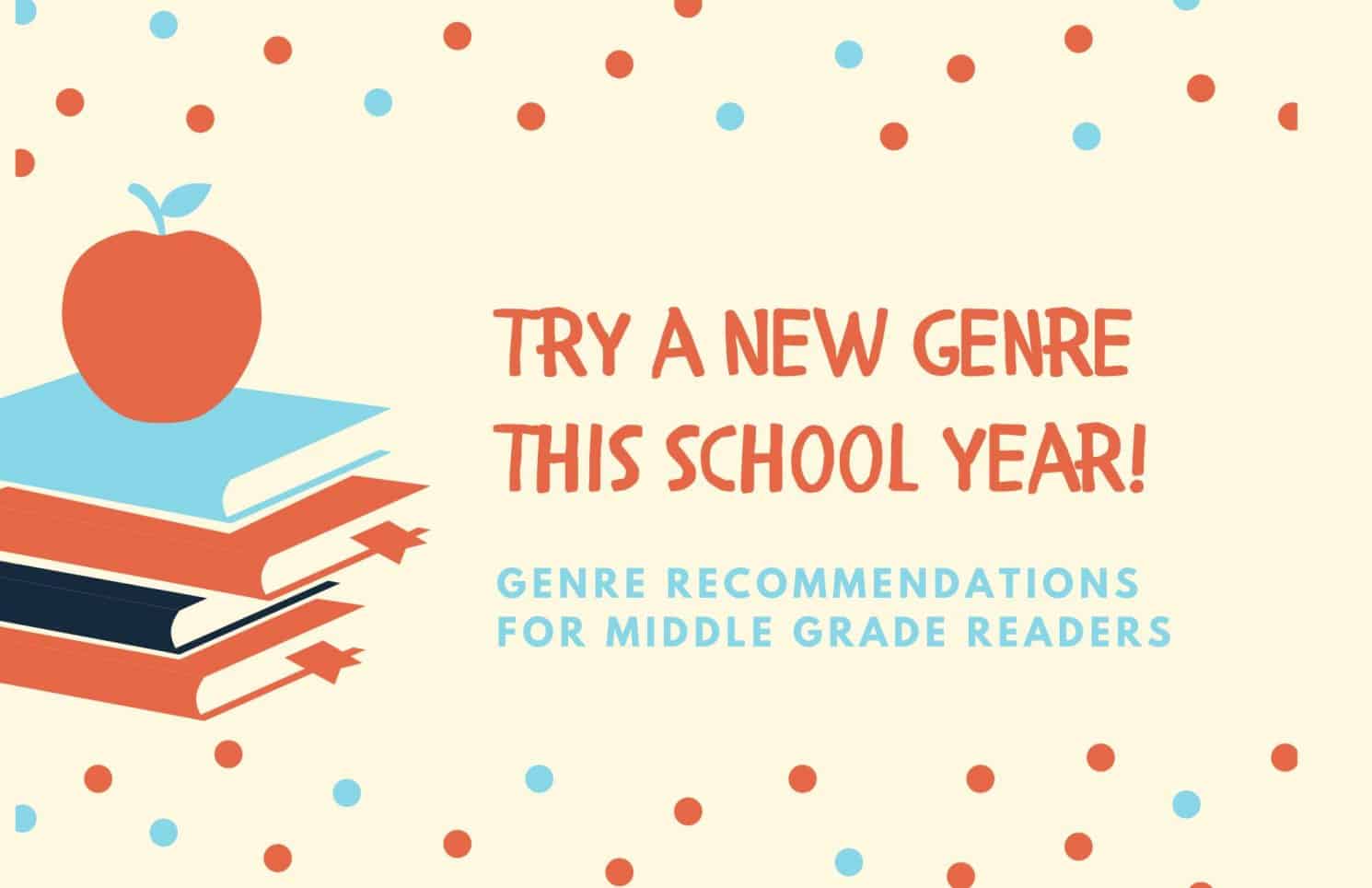 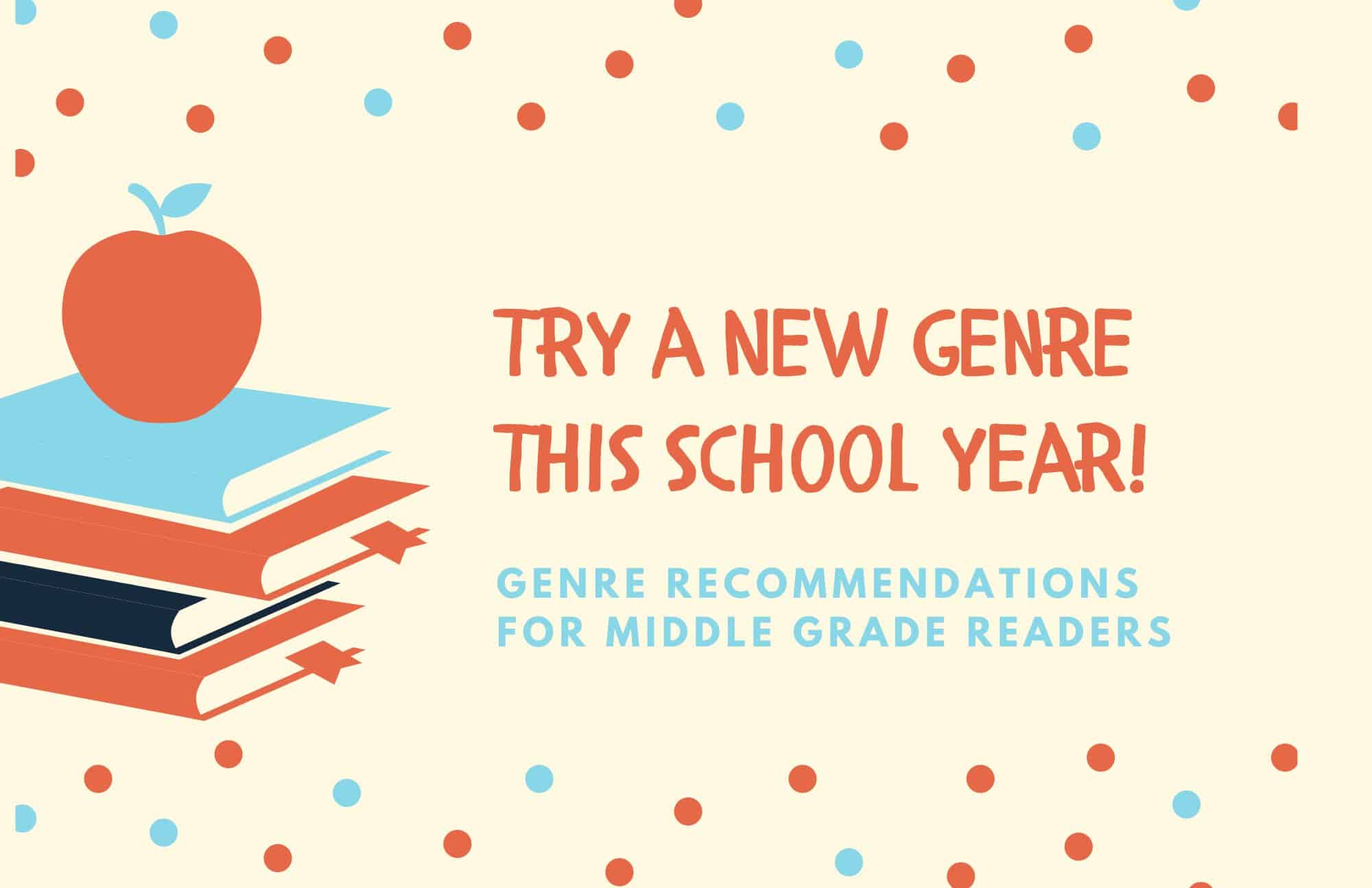 Is your middle grade kiddo running out of things to read or maybe it’s difficult to find a book that they’ll love? Why not explore a new genre this school year? Miss Mallory has compiled suggestions for middle grade readers based on popular titles. All summaries are taken from Goodreads.com.

Ever since Ellie wore a whale swimsuit and made a big splash at her fifth birthday party, she’s been bullied about her weight. To cope, she tries to live by the Fat Girl Rules–like “no making waves,” “avoid eating in public,” and “don’t move so fast that your body jiggles.” And she’s found her safe space–her swimming pool–where she feels weightless in a fat-obsessed world. In the water, she can stretch herself out like a starfish and take up all the room she wants. It’s also where she can get away from her pushy mom, who thinks criticizing Ellie’s weight will motivate her to diet. Fortunately, Ellie has allies in her dad, her therapist, and her new neighbor, Catalina, who loves Ellie for who she is. With this support buoying her, Ellie might finally be able to cast aside the Fat Girl Rules and starfish in real life–by unapologetically being her own fabulous self. 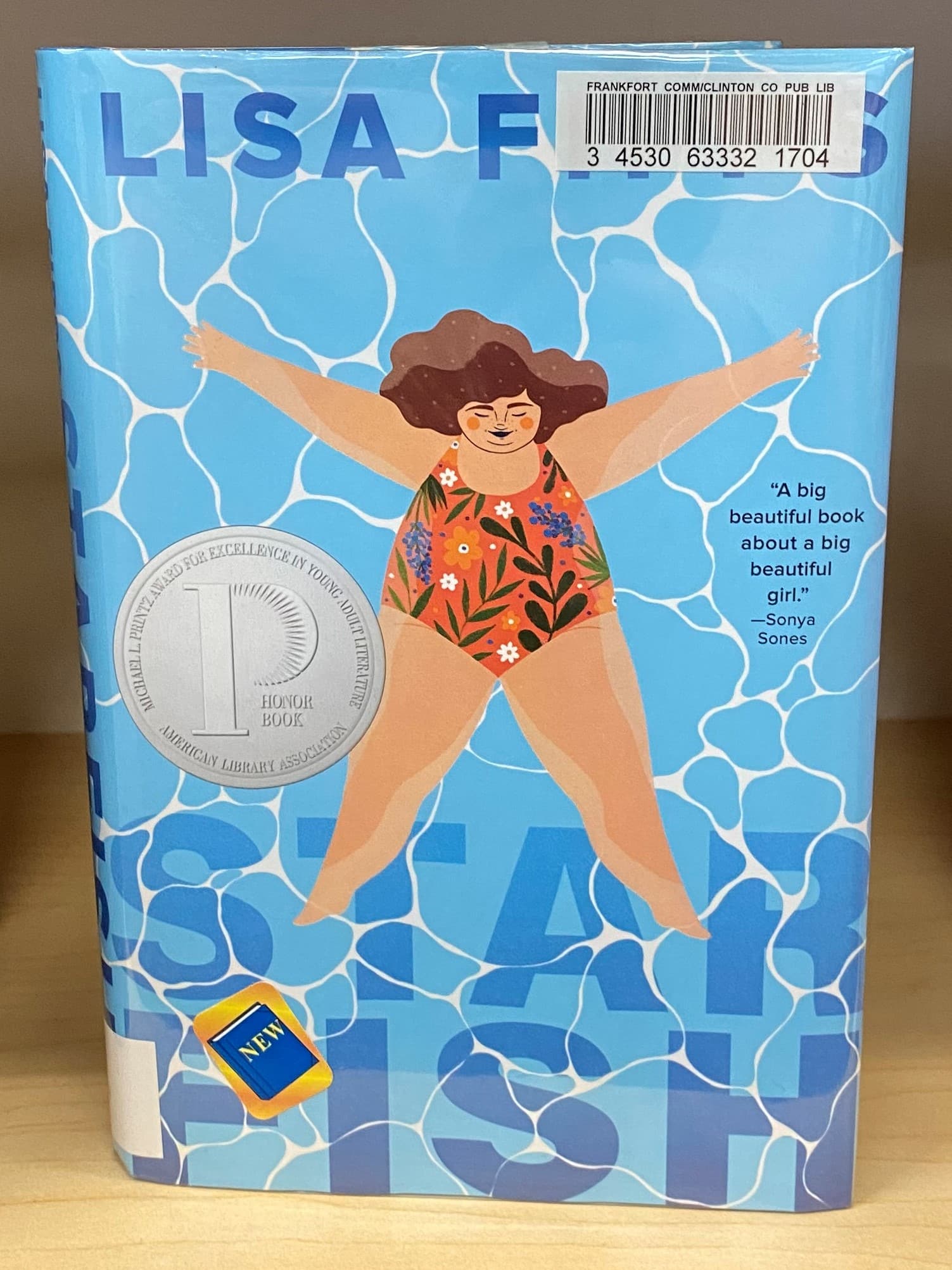 There lived a girl named Petra Peña, who wanted nothing more than to be a storyteller, like her abuelita. But Petra's world is ending. Earth has been destroyed by a comet, and only a few hundred scientists and their children – among them Petra and her family – have been chosen to journey to a new planet. They are the ones who must carry on the human race. Hundreds of years later, Petra wakes to this new planet – and the discovery that she is the only person who remembers Earth. A sinister Collective has taken over the ship during its journey, bent on erasing the sins of humanity's past. They have systematically purged the memories of all aboard – or purged them altogether. Petra alone now carries the stories of our past, and with them, any hope for our future. Can she make them live again? 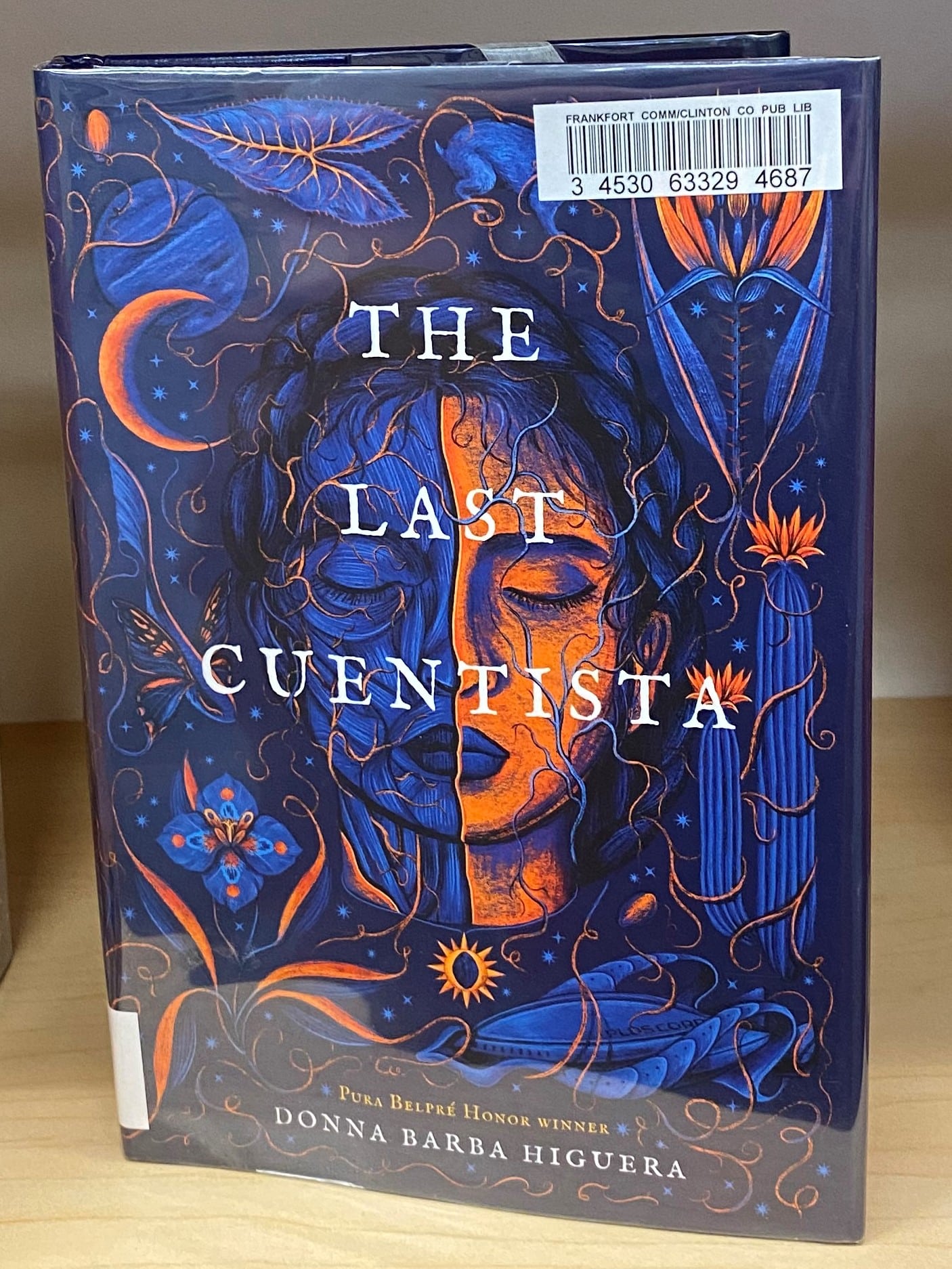 Jurassic World meets Dawn of the Planet of the Apes in this epic new middle grade series full of heart-pounding action and breathtaking chills! "Amazing adventures!" raves Brightly.com as they recommend Edge of Extinction as a 2016 Holiday Gift for Tween Readers. One hundred and fifty years ago, the first dinosaurs were cloned. Soon after, they replaced humans at the top of the food chain. The only way to survive was to move into underground compounds. . . .Five years ago, Sky Mundy’s father vanished from North Compound without a trace. Now she has just stumbled on a clue that not only suggests his disappearance is just the tip of an even larger mystery, but also points directly to the surface. To find her dad—and possibly even save the world—Sky and her best friend, Shawn, must break out of their underground home and venture topside to a land reclaimed by nature and ruled by dinosaurs. 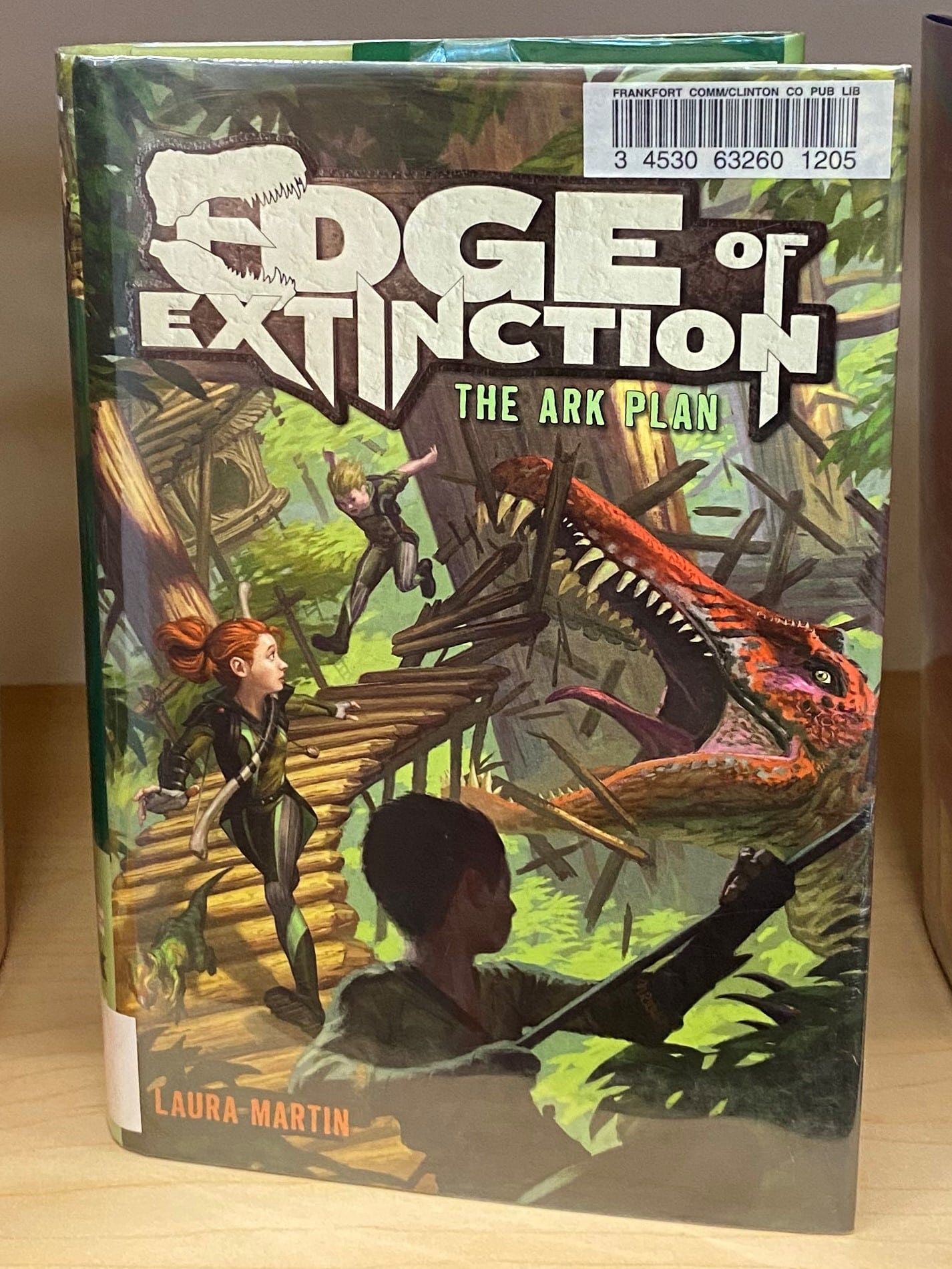 Riley Flynn is alone. It feels like she's been on her own since sixth grade, when her best friend, Emily, ditched her for the cool girls. Girls who don't like Riley. Girls who decide one day to lock her in the science closet after hours, after everyone else has gone home. When Riley is finally able to escape, however, she finds that her horror story is only just beginning. All the school doors are locked, the windows won't budge, the phones are dead, and the lights aren't working. Through halls lit only by the narrow beam of her flashlight, Riley roams the building, seeking a way out, an answer, an explanation. And as she does, she starts to suspect she isn't alone after all. While she's always liked a good scary story, Riley knows there is no such thing as ghosts. But what else could explain the things happening in the school, the haunting force that seems to lurk in every shadow, around every corner? As she tries to find answers, she starts reliving moments that brought her to this night. Moments from her own life...and a life that is not her own. 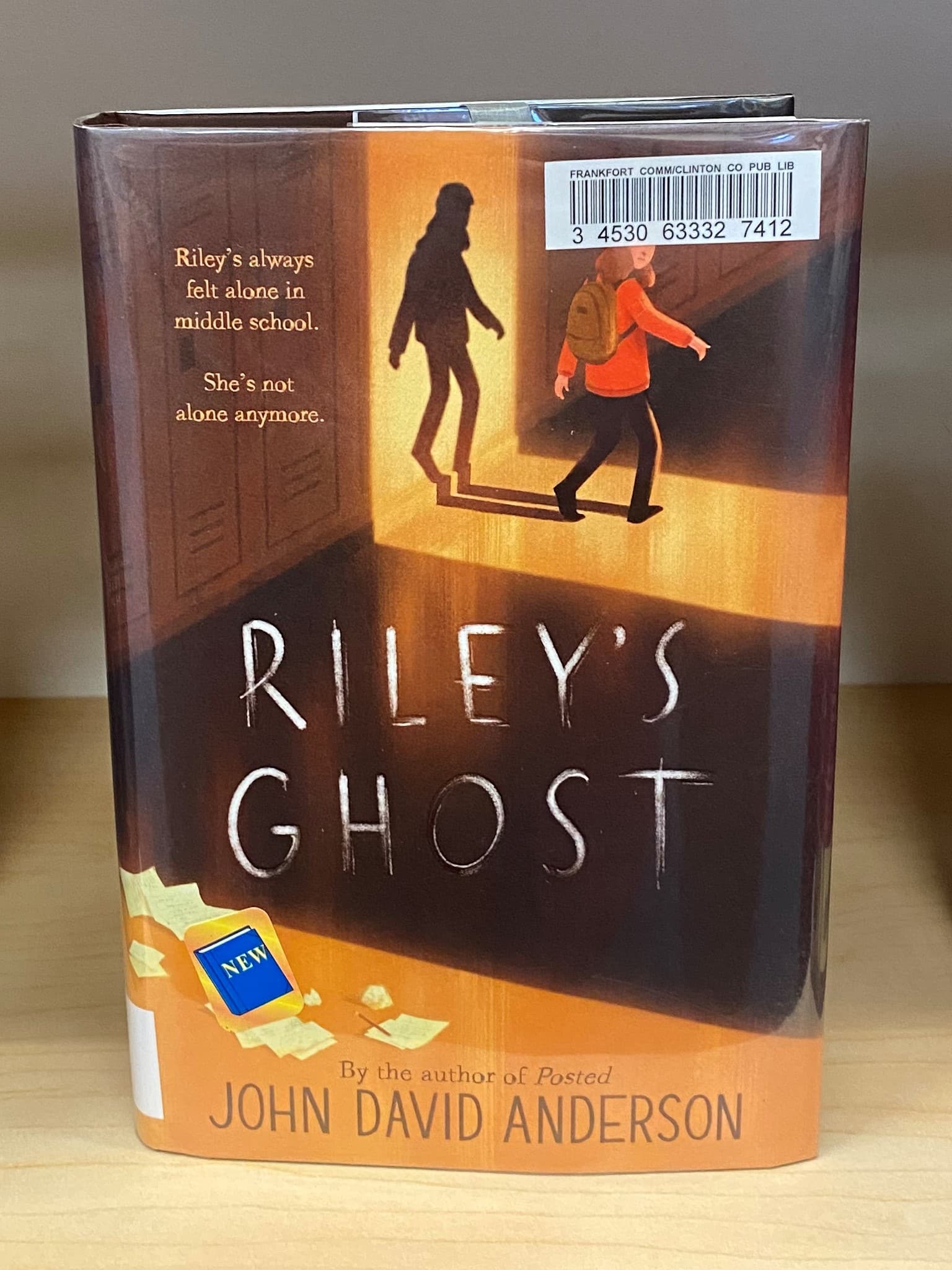 The Last Mapmaker by Christina Soontornvat

In a fantasy adventure every bit as compelling and confident in its world building as her Newbery Honor Book A Wish in the Dark, Christina Soontornvat explores a young woman’s struggle to unburden herself of the past and chart her own destiny in a world of secrets. As assistant to Mangkon’s most celebrated mapmaker, twelve-year-old Sai plays the part of a well-bred young lady with a glittering future. In reality, her father is a conman—and in a kingdom where the status of one’s ancestors dictates their social position, the truth could ruin her. Sai seizes the chance to join an expedition to chart the southern seas, but she isn’t the only one aboard with secrets. When Sai learns that the ship might be heading for the fabled Sunderlands—a land of dragons, dangers, and riches beyond imagining—she must weigh the cost of her dreams. Vivid, suspenseful, and thought-provoking, this tale of identity and integrity is as beautiful and intricate as the maps of old. 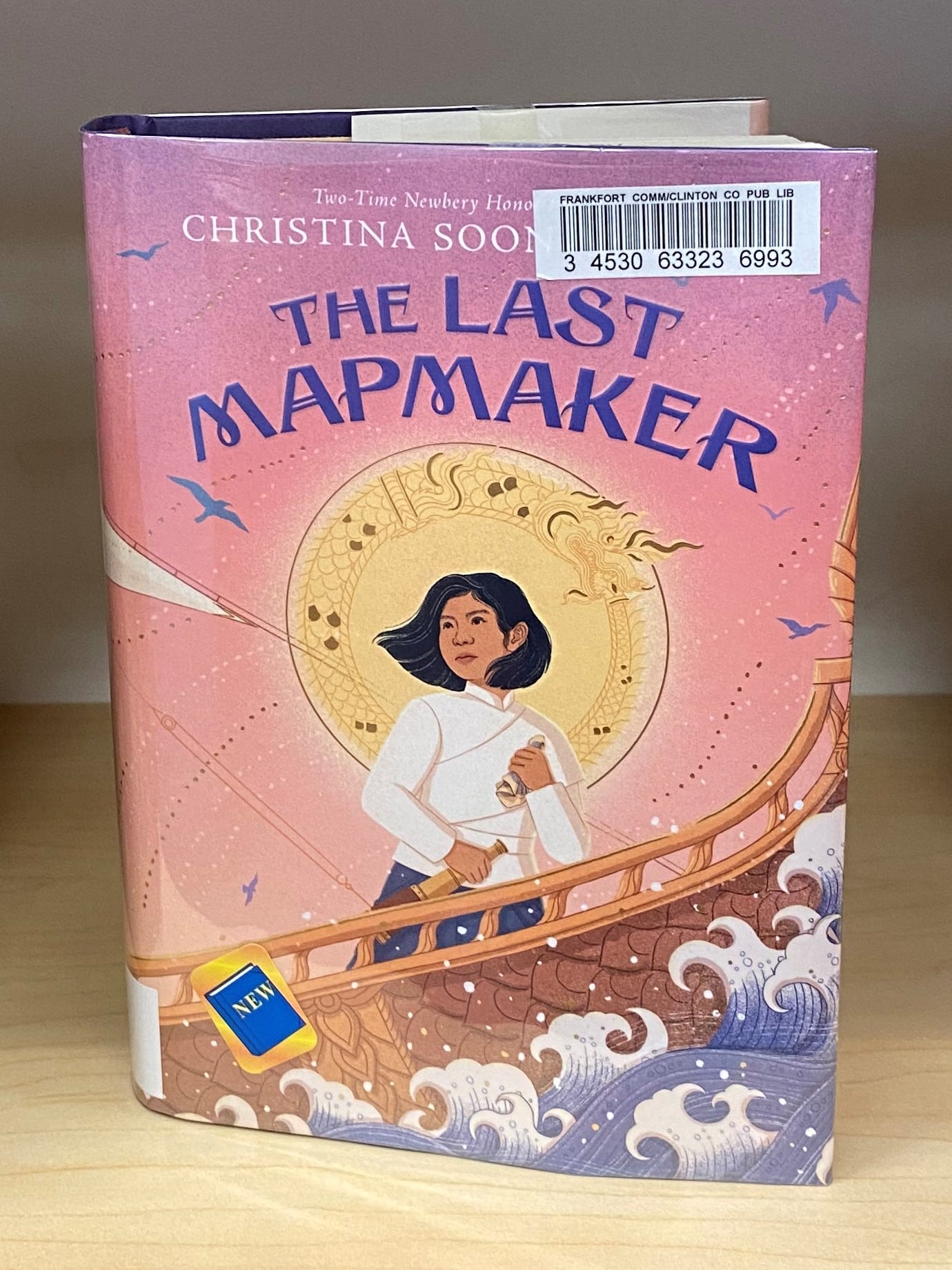 Three different kids. One mission in common: ESCAPE. Josef is a Jewish boy in 1930s Nazi Germany. With the threat of concentration camps looming, he and his family board a ship bound for the other side of the world…Isabel is a Cuban girl in 1994. With riots and unrest plaguing her country, she and her family set out on a raft, hoping to find safety and freedom in America…Mahmoud is a Syrian boy in 2015. With his homeland torn apart by violence and destruction, he and his family begin a long trek toward Europe…All three young people will go on harrowing journeys in search of refuge. All will face unimaginable dangers–from drownings to bombings to betrayals. But for each of them, there is always the hope of tomorrow. And although Josef, Isabel, and Mahmoud are separated by continents and decades, surprising connections will tie their stories together in the end. 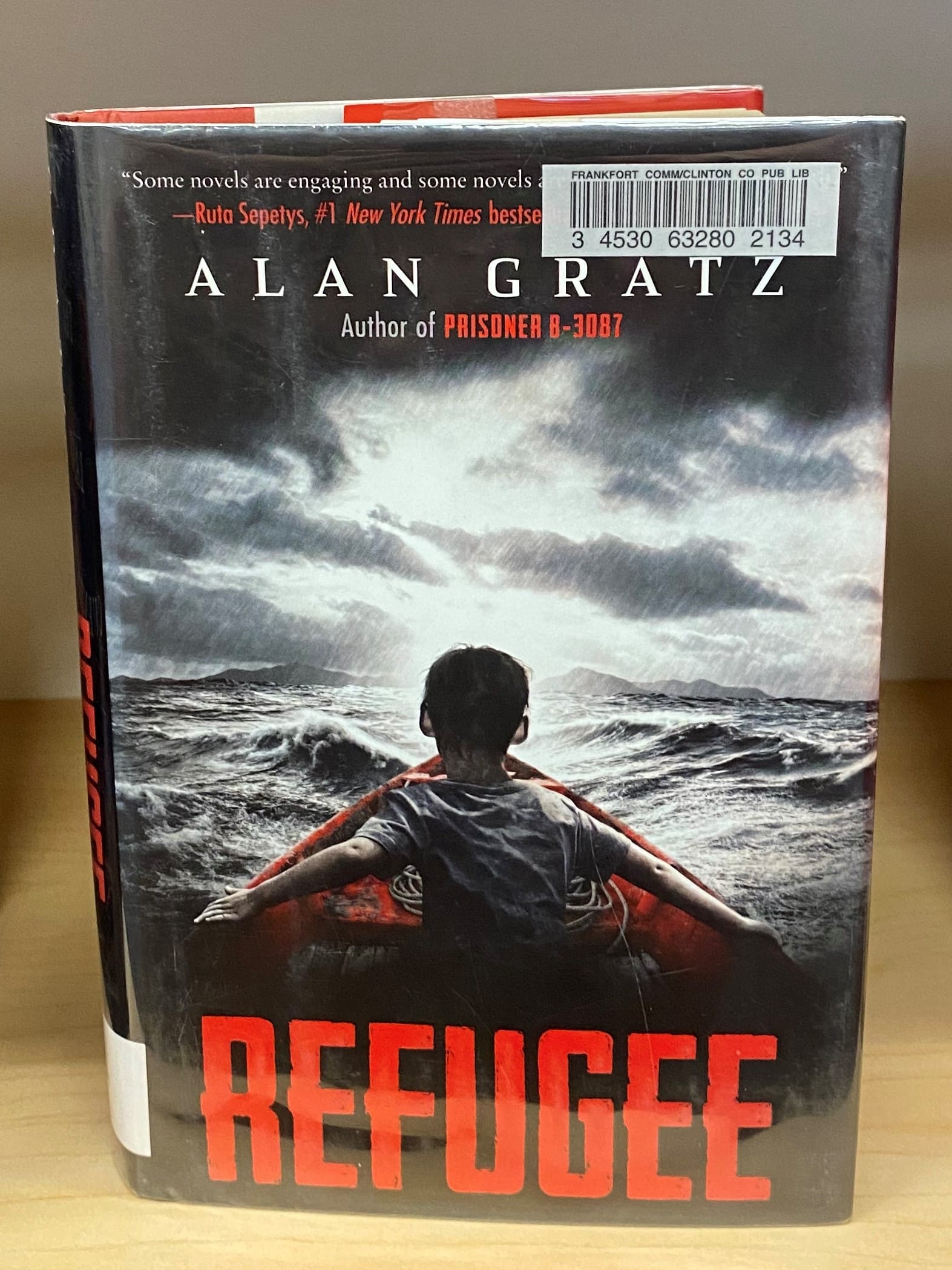 Alice Alexis Queensmeadow 12 rates three things most important: Mother, who wouldn’t miss her; magic and color, which seem to elude her; and Father, who always loved her. Father disappeared from Ferenwood with only a ruler, almost three years ago. But she will have to travel through the mythical, dangerous land of Furthermore, where down can be up, paper is alive, and left can be both right and very, very wrong. Her only companion is Oliver whose own magic is based in lies and deceit. Alice must first find herself—and hold fast to the magic of love in the face of loss. 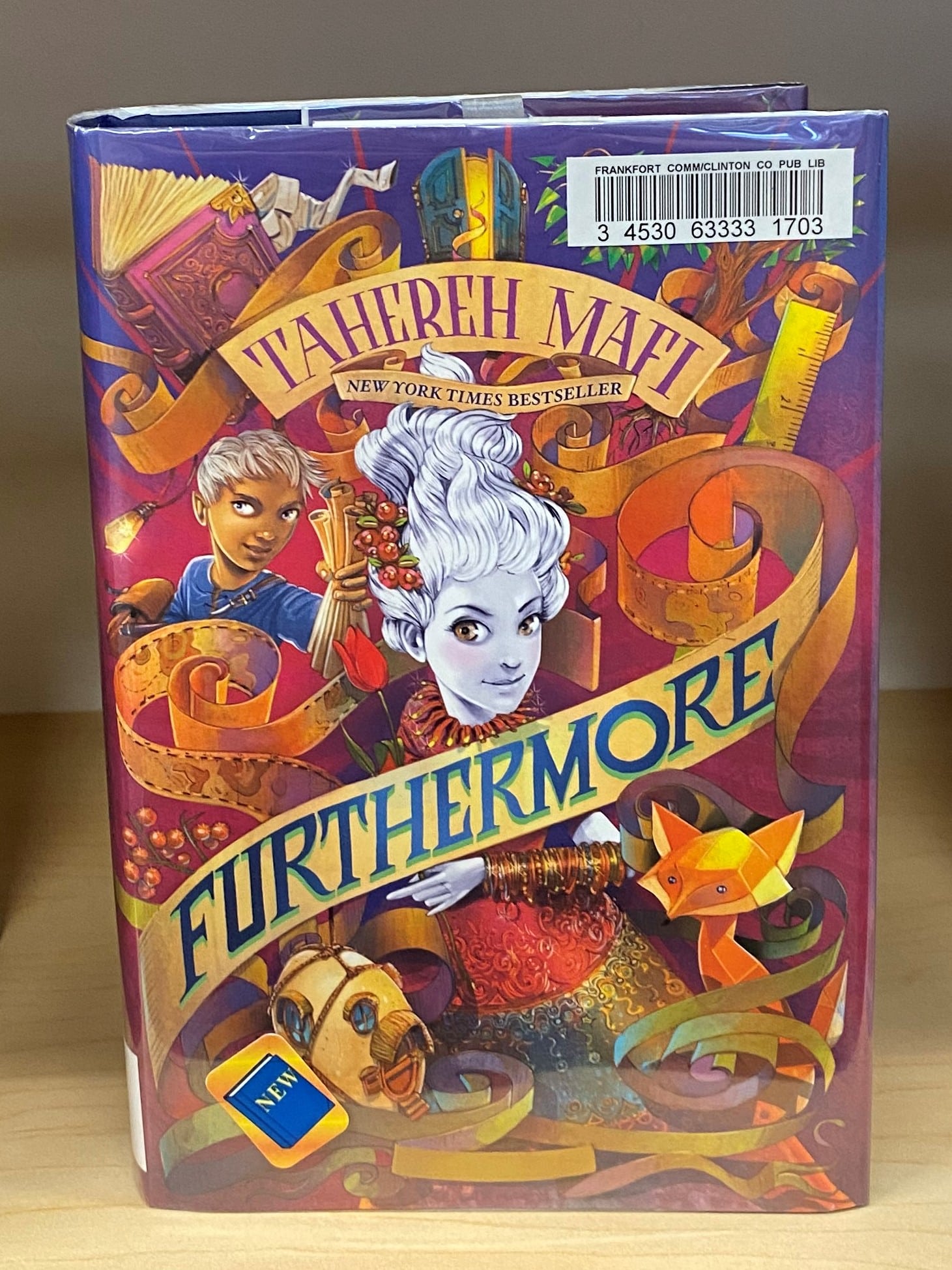 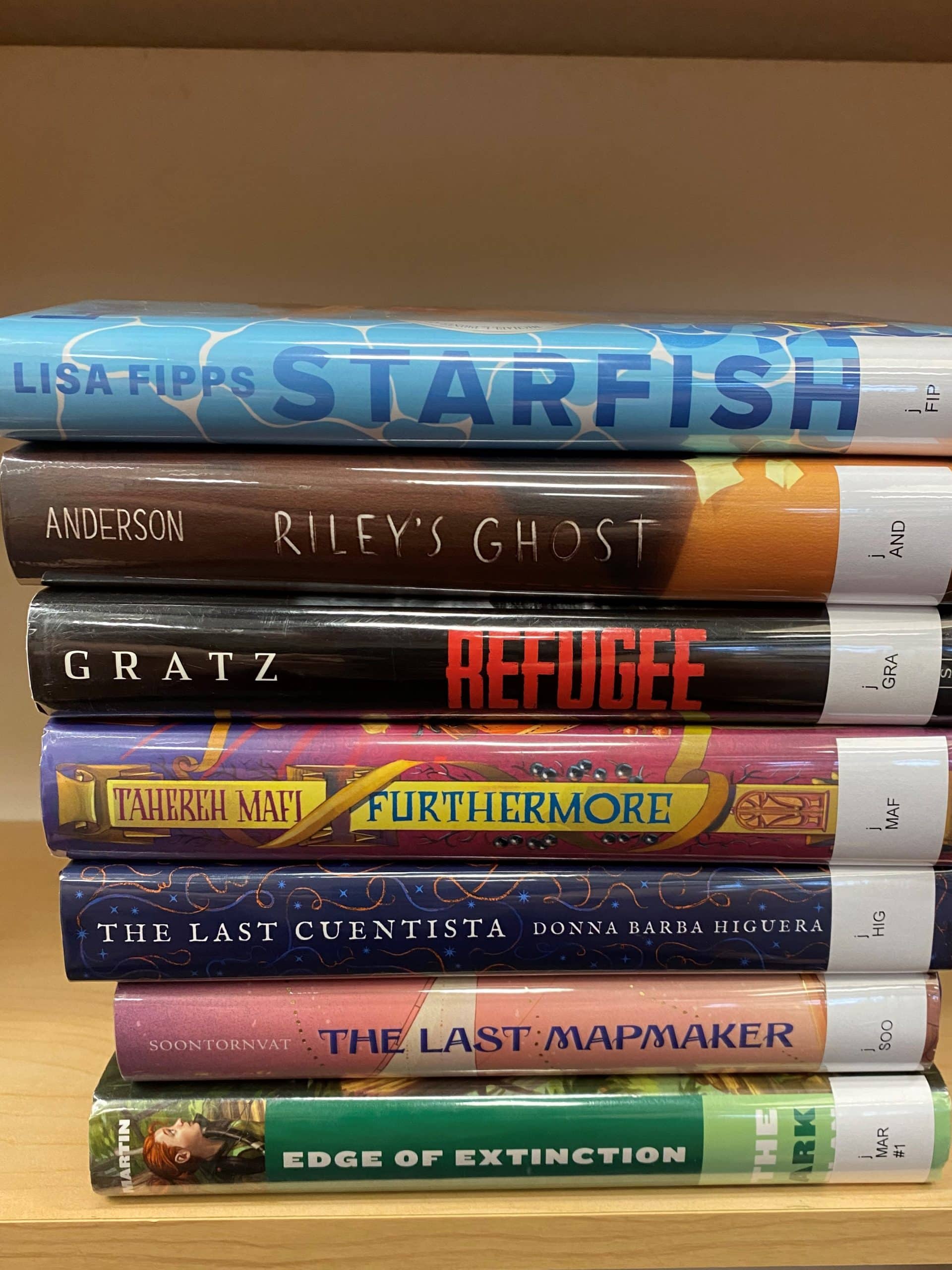