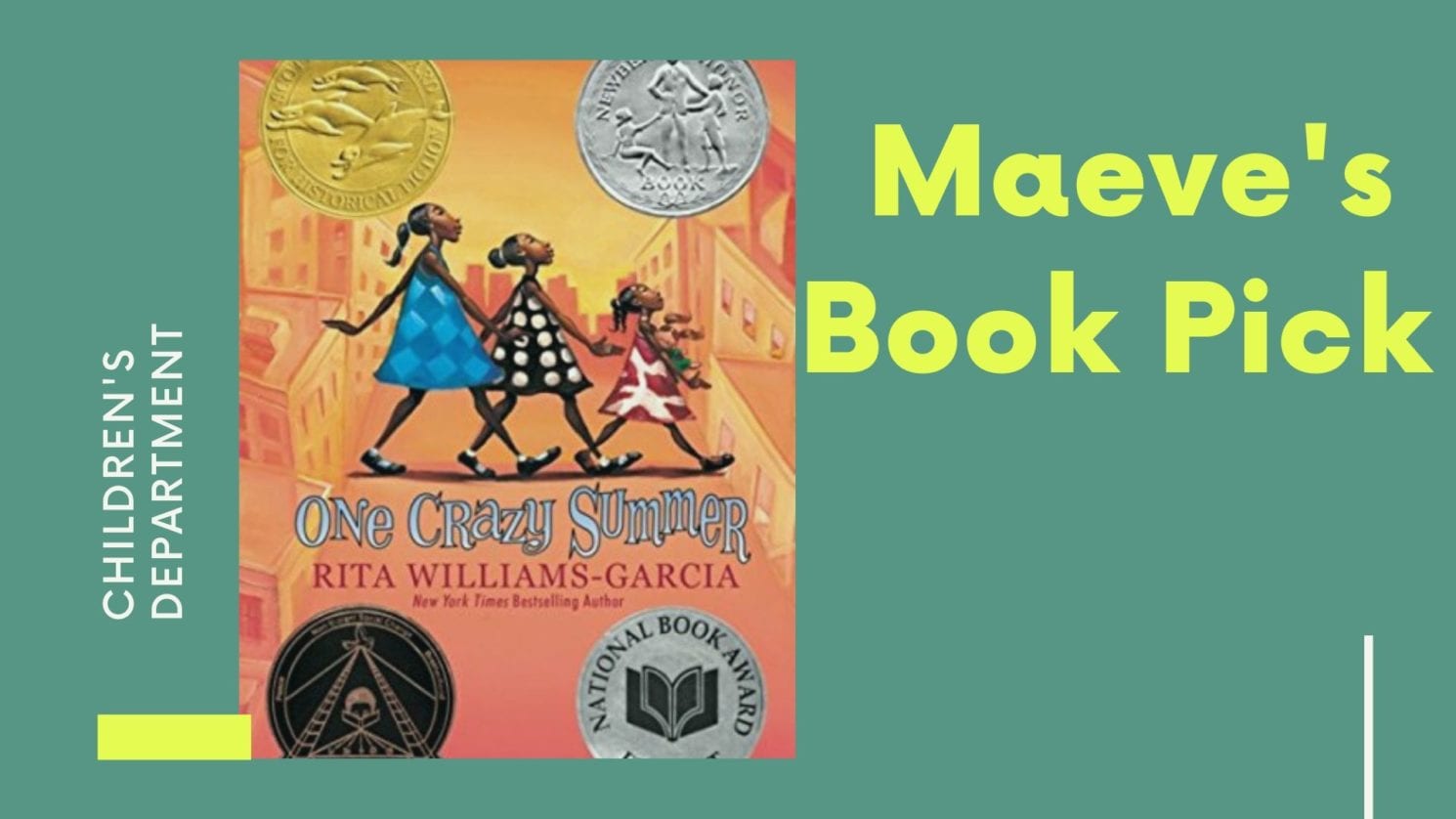 One Crazy Summer by Rita Williams-Garcia

One Crazy Summer is the story of Delphine and her two younger sisters, Vonetta and Fern, during the summer of 1968. They live in Brooklyn with their father and grandmother. Their father decides it is time they met their mother. He sends them to Oakland, California during the one of the roughest years in recent history. Here they learn about their mother’s past and why she abandoned them. The sisters also learn more about the Black Panthers and what they are fighting for.

I immediately became attached to the characters in this book. Rita Williams-Garcia’s writing has so much emotion and power that it was hard not to feel what Delphine and her sisters were experiencing. I give this book a 5 star rating.