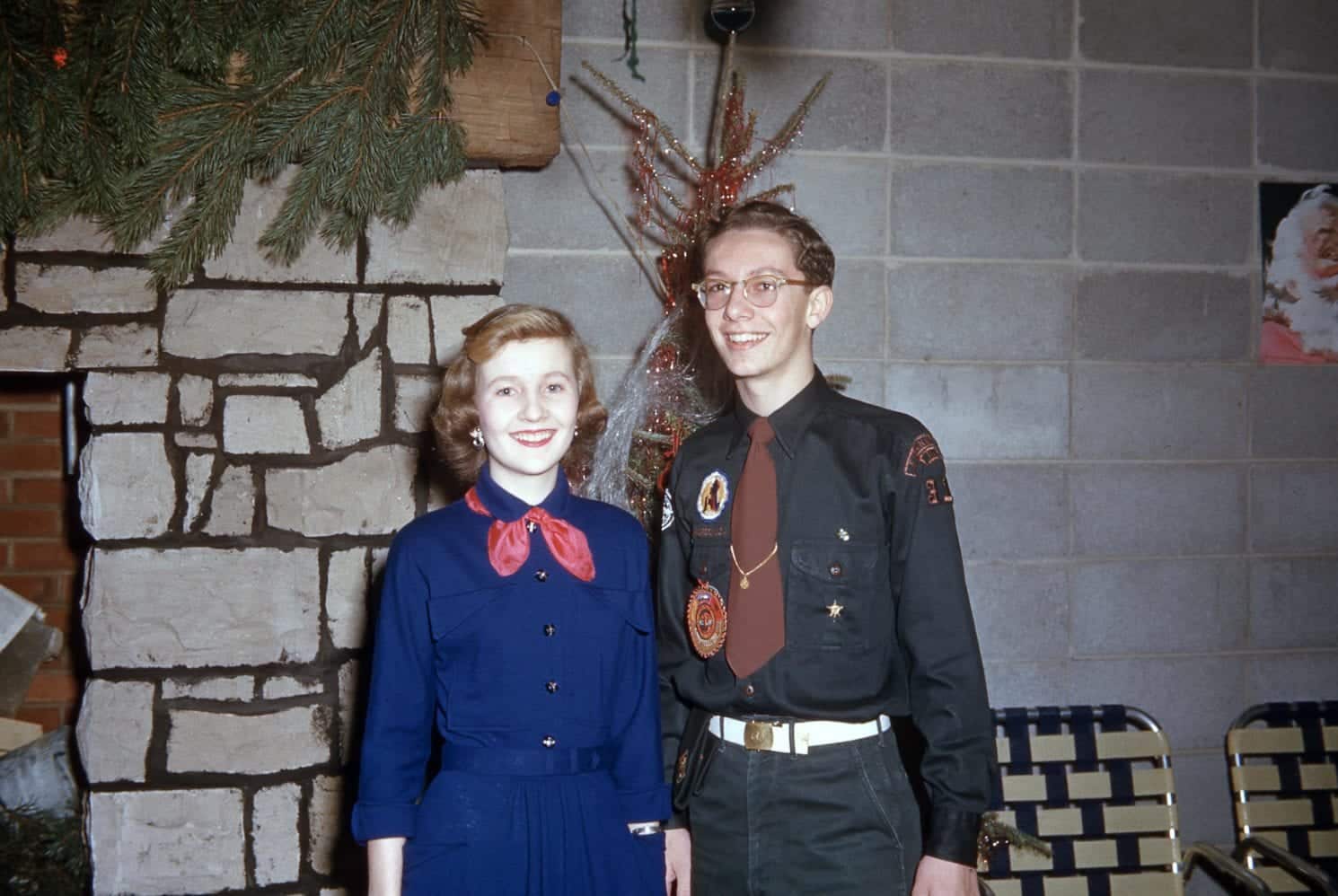 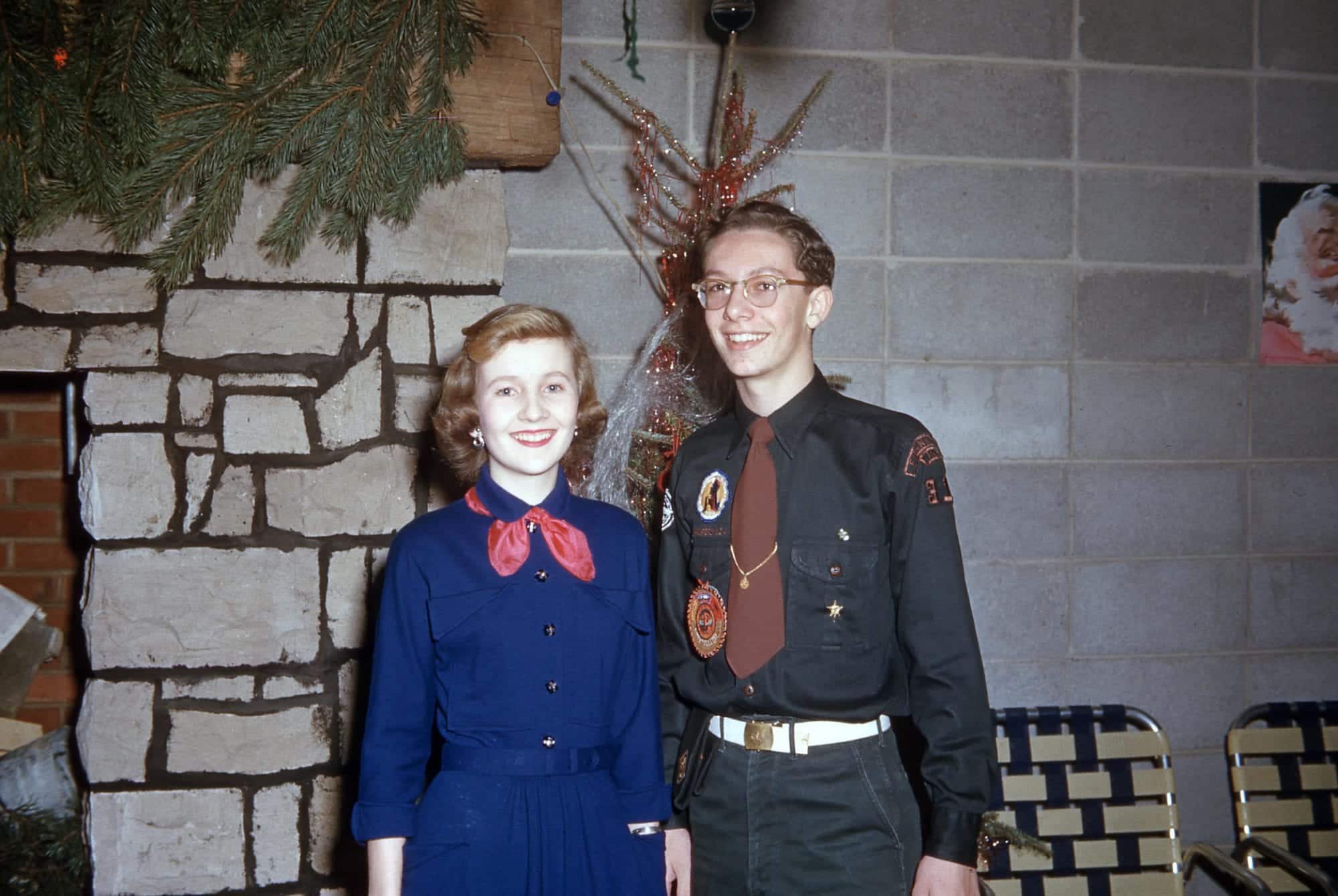 During the months of October and November, we have made considerable progress on the Clinton County:  Fun in the ʼ50s digitization project.  Dennis Hoffman, our digitization assistant hired under the 2018 Library Services and Technology Act (LSTA) grant, has scanned over 1,500 slides that James Ostler, retired postman and amateur photographer, took at Scouting events in the 1950s.

Some of the earliest slides that Ostler shot for The Farmers Bank were of a Girl Scout outing to the Ohio River in 1950.  During this trip, the girls, their leaders, and parents enjoyed a ride aboard the steamboat Avalon.  In 1956, Ostler photographed the senior Girls Scouts at the Monon train station in Frankfort preparing to depart for a trip to Chicago.  Ostler also took pictures at other Girl Scout events such as day camps, summer camps, leader training, a fashion show, a May Day parade, and a Twelfth Night celebration.

While the majority of the pictures that Ostler took at Scouting events in the 1950s were of Girl Scouts, he also photographed Boy Scout activities.  In addition to regular Cub Scout and Boy Scout meetings, Ostler captured a senior dance (1952), two Cub Scout tricycle derbies (1953, 1954), and a Scout Camp (1959) on film.

Along with scanning slides, we will be adding storage space to our server, writing metadata, and uploading images to Indiana Memory in the upcoming months.  We hope to have the first of the Scouting images uploaded to Indiana Memory before the end of the year.  To see the images that were scanned under the previous LSTA grant, go to Indiana Memory or the James Ostler Slide Collection page on our website.

This project is supported by the Institute of Museum and Library Services under the provisions of the Library Services and Technology Act, administered by the Indiana State Library.  The IMLS is the primary source of federal support for the nation’s 123,000 libraries and 35,000 museums.  Its mission is to inspire libraries and museums to advance innovation, lifelong learning, and cultural and civic engagement.