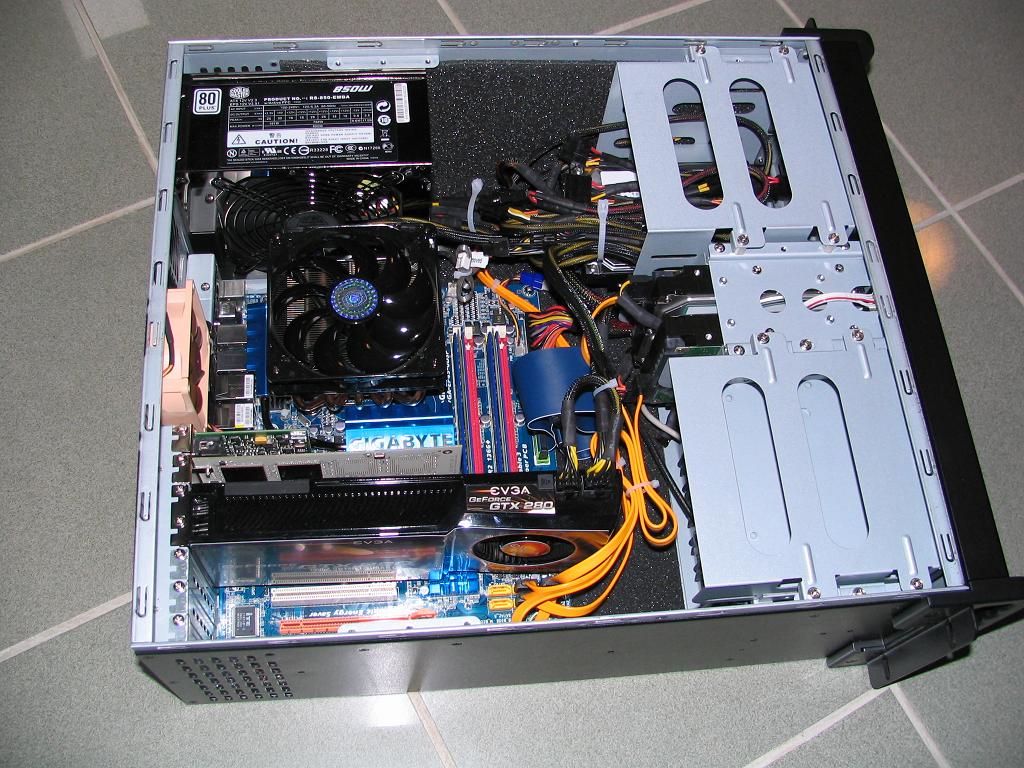 Image Credit: Parts of the Computer

Much like the gears in a watch or the engine in your car, all computers have individual parts that make it work. Each different piece of hardware adds to the whole of the device. Now, this post will not talk about software or Operating Systems, but strictly about the physical pieces that are required for almost every computer to run. This post was inspired by my own dying personal computer.

Power Supply: All the components of any electronic device from the fastest super computers to smart phones as well as the humble Raspberry Pi require electricity to operate. Most desktops have a power supply installed into the case. Other devices such as phones, tablets, and laptops, draw power from a chemical (usually Lithium ion) battery.

Motherboard: Think of the motherboard like a chassis on a car or a keel on a ship, it is the backbone of any computer. All components in a computer communicate through the motherboard.

CPU (Central Processing Unit): If the motherboard is the backbone, then the CPU is the brain. The CPU of any device performs numerous calculations and operations.

RAM (Random Access Memory): Much like short-term memory helps us recall information; RAM acts as a temporary storage memory store for the CPU. Nothing on the RAM is permanent, but it helps your computer multitask.

Storage: This is where you would store all your files from pictures to videos and maybe even a few games. There are currently two types of storage types for computers. Traditional hard disk drive stores data on a metal platter and operates in a mechanical fashion. Solid State storage works by storing the data as electrical charges.

GPU (Graphics Processing Unit): Not all computers have a separate dedicated graphics unit, but surprisingly they have been included on many devices since the 1970’s. This piece of hardware is a unit that assists in the rendering and image processing.

If you would like to learn more about computers, please check out some of these fine books from our collection:

Computers for Seniors for Dummies by Nancy Muir

How Computers Work by Ron White

Laptops for Dummies by Dan Gookin