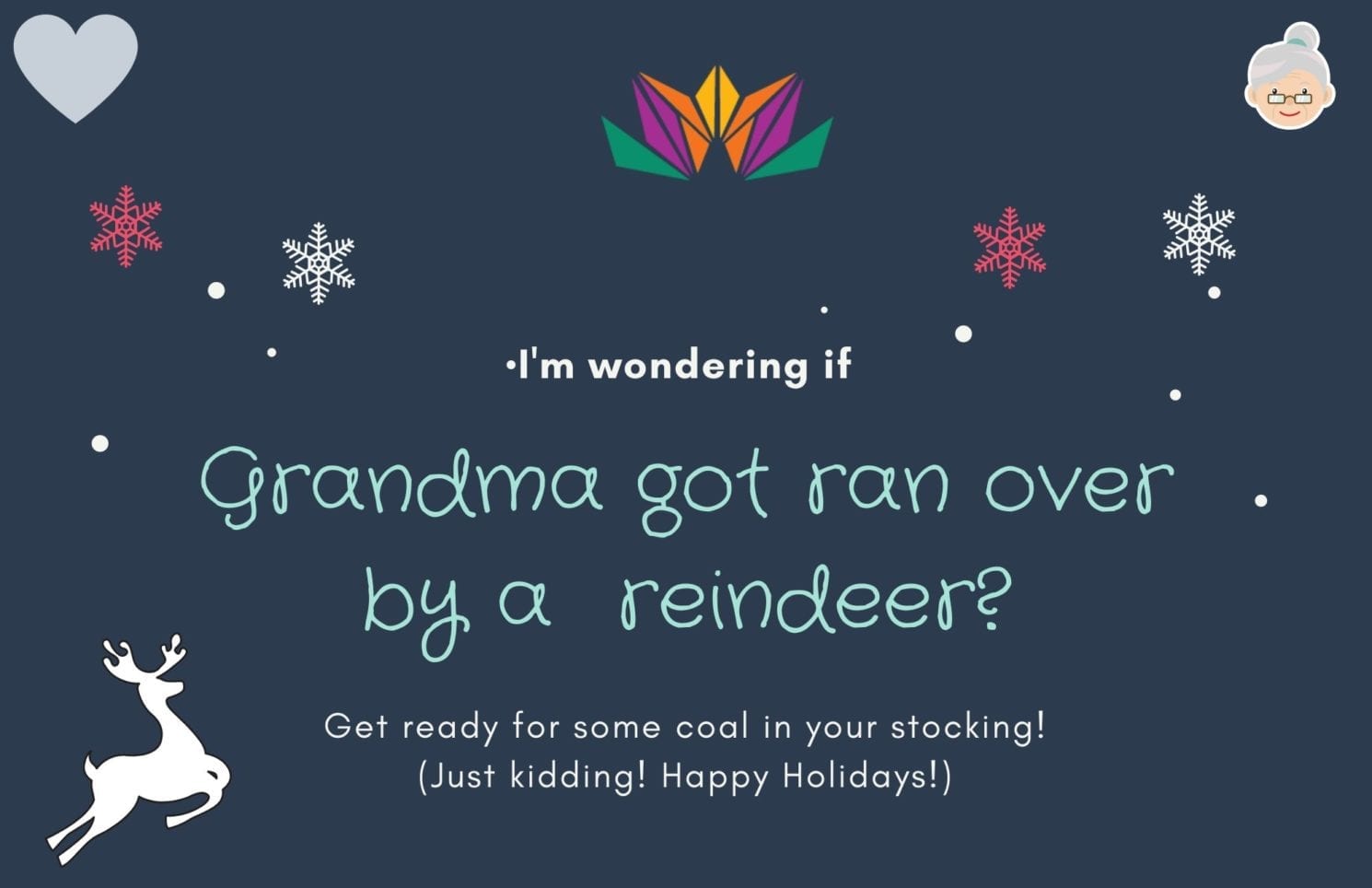 “Grandma Got Run Over By a Reindeer” is a Holiday favorite, but do you know the history?

The song was written by Randy Brooks in 1977.  Brooks played with a band in various nightclubs and often wrote silly songs to make the crowds laugh. When he heard the Merle Haggard song, “Grandma’s Christmas Card”, he decided to try a little dark humor.

“How would a Grandma die at Christmastime? So there was my title line. You know, I thought, get hit by Santa’s sleigh. So, grandma got ran over by a reindeer,” said Brooks (Paul).

The song was preformed by Elmo & Patsy, Elmo Shropshire and Patsy Trig, a husband and wife group. They self-released the song in San Francisco in 1979. Within five years the song was a top hit and being played on the radio everywhere.

Mr. Brooks wrote the song but he does not own it. And while he maybe known as a ‘one hit wonder’, the song ended up making him a lot of money. “It’s paid the college tuition for my two kids,’ said Brooks, a man much in demand for shows at clubs, nursing homes and parties in December” (Richter).

So I ask you, Did Grandma get ran over by a reindeer? What do you think?

“Grandma Got Run Over By a Reindeer, by Elmo & Patsy”.

This blog-post was written by the Teen Department “Grandma”, Miss Shirley. Be sure to drop by The Edge to visit with her soon!