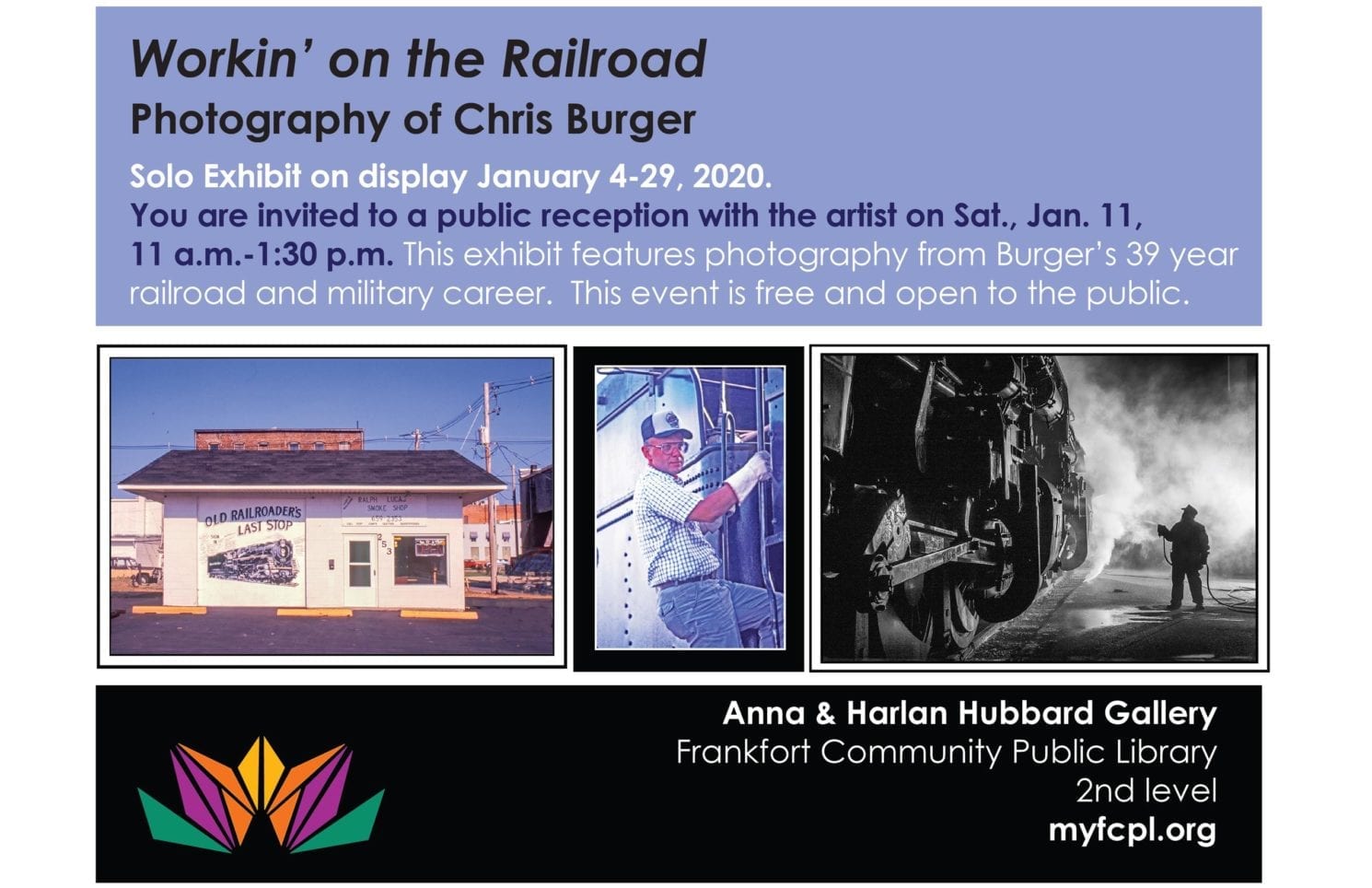 This year marks the 150th anniversary of the completion of the transcontinental railroad, a truly transformational event in US history. It led to the development of the west and to innumerable cities and towns that grew up around a railroad. Frankfort is such a town, and its library will help celebrate this vital linkage with a display of railroad photography by Russiaville’s Chris Burger. The exhibit, “Workin’ on the Railroad” will be on display in the Anna & Harlan Hubbard Gallery Jan. 4–29, and will showcase photographs made during Burger’s thirty-nine-year railroad and military career.

Burger retired as president of Kokomo based Central Railroad Companies, one of whose railroads operated into Frankfort in the 1980 and 90s. He is president of Kokomo’s Sometimes Monthly Photo Club and his railroad photography has won numerous awards and has been published in a number of national magazines and books including a current series of articles in “CLASSIC TRAINS” magazine featuring his railroad career and photography. The Photos on display will include some of Chris’ all-time favorites and will be available for purchase.